Peab and Volito develop the tallest office building in Hyllie together

Peab and Volito will share ownership in a company with the purpose to develop the tallest building in Hyllie, the 110 meter high office building, The Point. The joint company will also own and manage the hotel property Värdshuset 5 on Hyllie Station Square.

Beginning in 2009 Peab has developed three projects in the area around Hyllie Station Square in Malmö. The first two projects were office space which has been completed and divested. The third project was the hotel property which was finished in November 2015. The Point will be the fourth project Peab develops in the area, this time together with Volito Fastigheter AB.

The joint company will be formed by Peab selling, via a subsidiary, 50 percent of the shares and shareholder loans in Peab FU Linné AB (the name is in the process of being changed to Point Hyllie Holding AB) (PHH) to Volito Fastigheter AB (Transaction). PHH owns, via a subsidiary, property and development rights on Hyllie Station Square. One of the subsidiaries, Hyllie Point 3 AB, owns the property Värdshuset 5 which is a developed hotel property at Hyllie Station Square. The property consists of around 15,000 square meters rentable space and some 60 parking spaces. Some of the renters are Choice Hotels, Parkering Malmö as well as a retail space in the process of being rented out. The total rent from Värdshuset 5 amounts to around SEK 22 million annually. Rental agreements run from 10 to 15 years. The other subsidiary, Hyllie Point 4 AB, owns the property Värdshuset 4 which consists of development rights that will be developed into some 20,000 square meters office space (The Point). The project The Point will be developed within the framework for the already granted building permit, which covers a 110 meter high profile building with 29 floors containing office and retail space together with a reception and lounge.

The Transaction is expected to close in the beginning of June 2016, subject to approval by the AMG according to the below.

The deal would have a positive effect on Peab’s profit of about SEK 100 million in the second quarter of 2016 and net debt in Peab would decrease by around SEK 500 million. An additional purchase sum may be paid out if certain key ratios connected to net sales in the property Värdshuset 5 are reached during the fiscal year 2016. The additional purchase sum may at the most amount to SEK 15 million.

After the Transaction PHH will be owned equally by Peab’s subsidiary and Volito Fastigheter AB. One of the reasons for carrying out the Transaction in cooperation with Volito Fastigheter AB is that it would lessen the amount of capital tied up and the risk taken in the project. It would also take advantage of the two partners’ strengths in management, production, renting and construction contracting expertise. As 50/50 percent owners the partners can improve the chances of developing the assets to achieve maximum value in PHH.

Karl Axel Granlund is also an ordinary, AMG selected board member of Peab. Peab’s board has therefore deemed the Transaction to be a related parties transaction which, according to the Leo rules and general good practice in publically owned companies, is subject to approval by the AGM by a special majority. Peab’s board has therefore decided that the Transaction will be submitted to the AGM on the 10th of May, 2016.

More information concerning the AMG is published separately, among other things, a Fairness Opinion that supports the fairness of the Transaction for Peab’s shareholders from a financial point of view, independent of whether an additional purchase sum is paid or not.

Peab AB discloses the information provided herein pursuant to the Securities Markets Act and/or the Financial Instruments Trading Act. The information was submitted for publication on 11 April 2016 at 08.30 a.m. 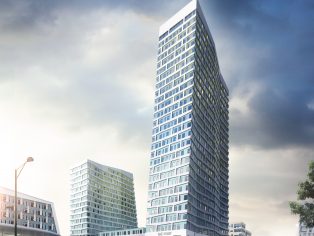