The Nordhavnen masterplan was designed to transform a former industrial harbour into a thriving residential and commercial neighbourhood.

Our office in Copenhagen has been continually involved in this project, acting as the client’s advisor for the original masterplan vision and currently being the technical advisor for engineering and architecture on the Nordhavnen metro line.

“It is exciting to be involved in a project of that scale in the city you live in and where you can follow the changes, construction and impact so closely.”

The contractors for the first underground part of the Metro have recently been awarded, construction has begun and our office in Copenhagen is currently producing a detail design tender project for the above ground part of the new metro line. 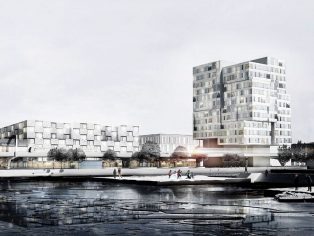