The NH Collection Grand Hotel Krasnapolsky has been selected as one of four MIPIM Awards 2017 finalists in the category of Best Hotel & Tourism Resort, after Studio Proof completed the redesign of the public areas, restaurants and bar in June 2016.

“Our work was part of the first total refurbishment of the hotel for over half a century and there were so many structural unknowns due to the 50 plus individual buildings that had been absorbed into the hotel over the years” says David Morris, Creative Director of Studio Proof. “However, the result was a hotel of real distinction which we are thrilled is being recognised by such a prestigious body as MIPIM.”

The shortlisted projects have been chosen from around the world with judges drawn from leading investment banks, property consultancies and architecture firms. The winner is due to be revealed at an award ceremony on Thursday 16th March 2017, 18.30 – 19.30, which will take place at the Grand Auditorium, Palais des Festivals, Cannes.

2017 has also brought with it the news that Studio Proof is one of three design studios to be included in the UK chapter of this year’s NEWH’s Top ID List. Entrants are nominated by peers from NEWH’s renowned global community before winners are chosen within country chapters by a Board of industry professionals. Those featured on the list have been judged on the quality of their design work in the hospitality sphere by some of the top names in the field, further solidifying Studio Proof’s reputation as a leading London-based hospitality design company. 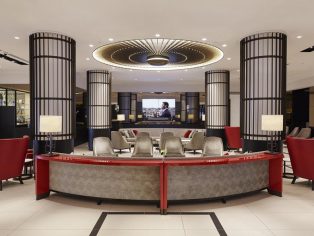