The man who was a major driver in the transformation of Newham after the Olympic Games is to take on the exciting challenge of delivering similar success in regenerating Croydon.

Colm Lacey is joining the council as director of development, where he will be responsible for realising the borough’s regeneration ambitions.

Mr Lacey, aged 38, has played a pivotal role at Newham as director of regeneration and planning, leading on a variety of major development projects which brought the east London borough to international prominence.

The father-of-two, originally from Dublin, has previously worked at the Homes and Communities Agency and Greater London Authority.

Prior to moving to the HCA in 2009, he was head of regeneration at Lambeth Council, where he delivered a series of major schemes in Brixton and Nine Elms in Vauxhall.

On the prospect of his new role which begins in September, Mr Lacey said:

“I think Croydon is poised for a very significant period of growth.

“This role is a great opportunity to ensure this growth is genuinely sustainable and includes developments of the highest quality.

“I’m particularly interested in the role of public infrastructure as a catalyst for change.”

“As London’s regeneration borough, Croydon is on the cusp of seeing massive transformation in its town and district centres.

“Colm is someone I know well, having worked closely with him in my former role at Newham, where we delivered major regeneration projects in the Olympics host borough. Colm’s passion is about making great places and working with people to make places special and unique.

“He brings a wealth of experience and will be an asset to the council in helping to meet the big challenges ahead in the coming months and years.”

“What a great time to join Croydon, and I welcome Colm to his new role at the council.

“Everyone’s fully aware of the exciting times ahead for this borough, and it’s great that we are not only attracting interest from developers and businesses that want to invest in Croydon, but also people of Colm’s calibre who will see these promises of regeneration become a reality.” 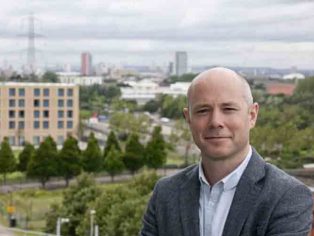