The flagship Parkside Building, based in Eastside in Birmingham City Centre, was praised by judges for the ‘attention to detail’ put into the project; considering low carbon and low impact design and technologies, whilst also achieving BREEAM Excellent as a measure of its true sustainability credential.

The landmark facility is a culmination of the close working relationship with project partners Willmott Dixon, Faithful+Gould, Associated Architects, and Arup and Gifford, who jointly helped turn the project’s ambitious vision into a reality. The project also came a very close runner up for “Construction Project of the Year”.

“Winning this award is a great accolade for Birmingham City University, especially for the team involved and to the University itself for setting and maintaining such high standards for sustainable development.

“To beat such a well-regarded project as the Birmingham Library is also a significant achievement which should not to be under estimated, this truly is a great advert for what BCU is capable of.”

The Insider West Midlands Property Awards were held on Thursday 21 November at the Hilton Metropole Hotel, NEC Birmingham, and celebrated the property industry’s achievements during 2013, where ongoing challenges such as lack of quality space have persisted.

“The great untold story of the Midlands in the past few years is what a success this region has been, in terms of real estate and development. Rather than submissively waiting for the good times to come back, this region has been incredibly active in creating its own destiny.”

The landmark Parkside Building is part of a £180million investment in Birmingham City University’s estate to create a first class student experience. The building opened for business this September and has since impressed hundreds of visitors to this year’s Open Days.

The Parkside Building provides workshops, teaching facilities, exhibition space and open working and learning environments for creative inspiration for design students from Birmingham Institute of Art and Design (BIAD). The building is also home to a state-of-the-art media centre, being used by students from the University’s School of Media and the Faculty of Technology, Engineering and the Environment. The facility also hosts the largest concentration of TV studios to be found between London and Salford, as well as radio studios and editing suites with industry-standard technology. 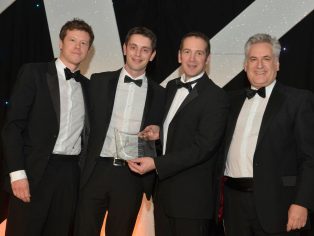