Working with the National Self Build Association (NaSBA), Britain’s leading housing experts have developed 10 radical actions that a future government should consider if it wants to double the number of new homes built in the UK.

With the next General Election now under a year away, the 10 actions have been collected into a Peoples Housing Manifesto. The manifesto was launched as part of the recent National Custom & Self Build Week and copies will be sent to the leaders of all the main political parties urging them to incorporate the actions into their own pre-election party manifestos.

The panel of experts who debated the manifesto’s content included broadcasters Kevin McCloud, Charlie Luxton and George Clarke, the leaders of many housing and planning institutions, chief executives of leading homebuilders, and senior local politicians.

The manifesto ideas that attracted most support from the experts included:

Welcoming the ideas set out in the People’s Housing Manifesto Ted Stevens (pictured) the chair of the NaSBA said:

“Over the next few months politicians from all the parties will be debating what they can do to sort out Britain’s housing crisis. We hope some of the suggestions in our manifesto will grab their attention. I’m particularly pleased that so many of the experts feel that there should be much more self, custom and community‐led housing built in the UK.” 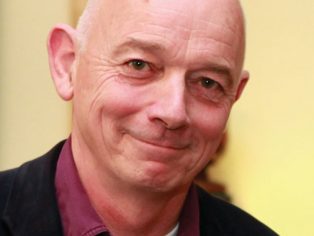 Ted Stevens, chair of the NaSBA