Meeting the demand for housing

Derby-based Derwent Living has welcomed the publication of Home Truths 2013/14, the National Housing Federation’s (NHF) annual report on the housing market in the East Midlands.

Whilst viewing newly completed housing in the Derby suburb of Shelton Lock, Derwent Living’s chief executive Peter McCormack said that the report highlighted both the need for new housing and its importance to the local economy.

Home Truths 2013/14 analyses the housing market in the East Midlands and shows that just under half of the new homes needed in the region are being built. The shortage in housing is pushing up house prices and rents in the East Midlands. It also reveals that the number of working people now on housing benefit has nearly doubled since 2009.

“This report shows the urgency of our need to build new homes. For years house-building has fallen short of the demand and we need to take urgent steps to address this. With less grant available now we have had to find ways of generating income that we can re-invest into new homes and we’ve done that well. We’ve both generated profit for reinvesting and secured finance from beyond the housing sector. Despite the challenges of recent years we have continued to build.

Derwent Living is also supporting the National Housing Federation’s Yes to Homes campaign for more housing. In response to the housing shortage identified in Home Truths the NHF is encouraging both local people and politicians to demand the delivery of new homes. The Yes to Homes campaign enjoys cross-party support and the NHF want local people to play their part in pushing for affordable homes in the areas people need them. 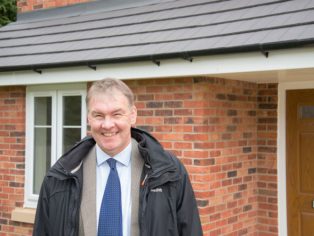