Mayor of London Boris Johnson and Housing Minister Brandon Lewis on the 13th of July officially launched the London Land Commission, marking the first ever coordinated effort between City Hall, government and boroughs to free up surplus public land in London to build the homes that the city so desperately needs.

At the Commission’s first meeting, held at City Hall, it was announced that real estate research firm Savills has been appointed to compile the preliminary stages of a so-called ‘Domesday Book’ of all brownfield public land in London, to be completed by the end of 2015. Once collected, City Hall will use the data to map the spread of sites across the city. It is thought to be the first time such a comprehensive set of data has ever been collected for London.

Today’s meeting followed a series of announcements from Chancellor George Osborne last week on major planning reforms designed to speed up development of brownfield land in London and increase capacity to build more homes in the areas they are most needed.

The Commission will build on work already commenced by the Mayor in disposing of his own land holdings for development. At present 98 percent of all land previously in his ownership has been released, within touching distance of the 100 percent target for the end of his term in 2016.

The Commission, announced by the Mayor and Chancellor George Osborne in February this year as part of the long-term economic plan for London, will work across layers of government and public bodies to develop strategies for unlocking public land for development. The Commission will identify priority areas for future growth and co-ordinate efforts to fast-track the process, whilst ensuring a good return for the taxpayer and better regeneration sites across London. The inaugural meeting was attended by London Councils, NHS England, Transport for London and Network Rail with participation at the highest levels from other bodies such as the Department of Health.

“The London Land Commission will build on the great efforts we’ve already made at City Hall to ensure brownfield land that has laid empty for years is put to productive use in providing much-needed housing for Londoners. In a city like ours, with its burgeoning population, it is simply madness not to act as quickly as we can to unlock more of these kinds of sites. The Commission’s work will be vital in co-ordinating the efforts of a whole raft of public bodies to achieve this important goal, helping to cut through the red tape that has kept valuable land tied up for too long.”

“As a global city, with excellent opportunities and links to the rest of the world, there is clear demand to release land and provide more homes for Londoners.”

“The London Land Commission will bring a joined up approach to land release in the capital – regenerating brownfield land and providing more homes, whilst continuing to protect the green belt around our Capital.”

“It is vital is that our overall strategy to tackle the housing crisis delivers an increase in affordable homes for ordinary Londoners. The efficient use of vacant land, whether owned by the Mayor, Transport for London, boroughs, the NHS or private sector developers, is a key part of the solution.”

Land already released by the Mayor includes east London’s Royal Docks, the Beam Park site in Rainham, and the former Cane Hill hospital site in Croydon. Unlocking unused public land for development is vitally important in achieving the Mayor’s aim of building half a million homes for Londoners over the next decade, including 100,000 affordable homes over his two terms.

The Mayor has designated 15 Housing Zones with a combined total funding of £162 million across London to help achieve this aim, working with boroughs to fast-track development approvals and transport improvements in areas where this may not otherwise have occurred. 20 Housing Zones are expected to be designated by the end of 2015, with 50,000 new homes to be created as a result. In May 2015 the first allocations of the Mayor’s £200 million Housing Bank were announced, which will provide low-cost loans to enable homes to be brought forward on a speedy timeline. 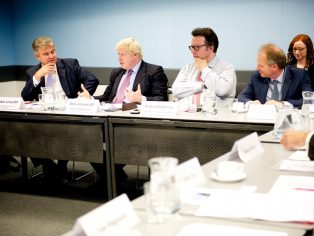 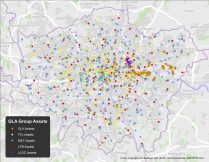