On 22nd October The Mayor of London Boris Johnson released a new framework that aims to transform East London and deliver more than 200,000 homes and 250,000 jobs.

The ‘City in the East’ masterplan details how major development should take place from London Bridge to the Isle of Dogs and Greenwich Peninsula, right through to Ilford in Essex and Dartford in Kent.

It is designed to bring together a vast number of major developments that are already taking place in the capital, known as designated Opportunity Areas, which have been identified as London’s major source of brownfield land with significant capacity for new housing, commercial space and other development.

In 2004, the Mayor’s Office estimated East London had the capacity for 52,000 new homes. But detailed modelling, which includes linking 13 Opportunity Areas, carried out by City Hall now reveals that a minimum of 203,500 homes and 283,300 jobs could be delivered over the next 20 years.

The ‘City in the East’ document also contains a series of maps, which for the first time brings to life how the city is moving eastwards, covering much of the Thames Gateway, and could benefit from improvements to transport infrastructure such as Crossrail and HS1. Maps are available here: www.flickr.com/photos/mayorspressoffice

Plans show an overground extension to Barking Riverside, which will enable the creation of 10,000 new homes and could be operational by 2020. The blueprint also includes longer term potential to place the A13 in a tunnel, deliver a new station and build new homes in the area. These projects are one of a number being made possible by Transport for London’s Growth Fund, which is designed to target transport improvements in areas where there is potential to unlock new homes and jobs.

It envisages how land across East London could be split up for commercial and industrial use and suggests where new schools, work space and hospitals could be located.

“East London is already enjoying incredible growth and the ‘City in the East’ plans reflect how we make the area an even better place to live and work over the next 20 years. This blueprint reflects identified areas of land in London to build on and it will allow us to co-ordinate not only housing and commercial developments, but significant transport infrastructure to ensure this part of the capital can continue to flourish with hundreds of thousands of new jobs that will help the capital to remain the best big city in the world.”

“East London is expected to be one of the largest growth areas in the capital, with the population set to increase by 600,000 in the next 15 years. Transport schemes such as the Overground extension to Barking Riverside and new river crossings will truly transform the area. London’s transport network is vital to the economic and social wellbeing of this city and the country as a whole. With greater connectivity from transport, people’s horizons expand, their incomes rise and business prospers.”

London is home to more than 8.6 million people with the latest projections estimating the city will be home to 11million people by 2050. To ensure this record population growth is managed, the Mayor has setambitious housing targets that aim to double the number of new homes built. He has also identified numerous sites across the capital that are each ripe for thousands of new homes and jobs.

The Mayor is on track to build a record 100,000 low cost homes for Londoners over his two terms, with more than 94,000 already completed. In this financial year, almost 18,000 affordable homes have been built, more than in any other year since 1981 and the equivalent of one every 30 minutes.

Last year, he also published his 2050 Infrastructure Plan – the first ever attempt to set out the full range of infrastructure requirements over the next half century.

City in the East was formally launched on Thursday 22 October at an event at the headquarters of New London Architecture in Bloomsbury.

At the same event, the Mayor’s Office also launched a planning framework for London Riverside, which includes major plans for the redevelopment of 86 acres of industrial land owned by the Greater London Authority along the Thames. The development will have the potential to create 26,500 homes and 6,500 new jobs in east London. London Riverside is a key part of the City in the East plan and provides a greater level of detail as to how and where the new homes will be delivered.

Since the Mayor took on 670 hectares of public land in 2012, 99 per cent has been released for development, in line with the Mayor’s 100 per cent target by the end of his term in 2016. Land already released by the Mayor includes east London’s Royal Docks, the Beam Park site in Rainham, and the former Cane Hill hospital site in Croydon. 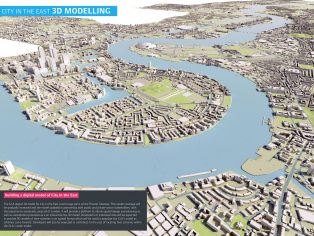 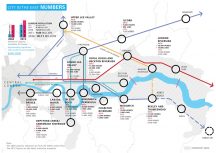 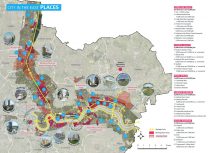