Major investment for Vicaima in UK

Following a sustained period of growth in the UK market for performance timber doors and doorsets, the Vicaima Group have announced a multi-million pound investment and expansion of their British operation. South West based Vicaima Limited, will see their current leased site purchased outright and with plans to refurbish and develop the facility to enable further growth.

Vicaima Limited, are based on a 7 acre site in Swindon, Wiltshire and have built a reputation for the manufacture of quality and innovatively designed interior timber doors and doorsets. They supply customers throughout the UK and Ireland with both bespoke and stock products, the latter of which they distribute from their Swindon storage facility, which currently houses in excess of 100,000 doors.  Their products are widely specified, as they have solutions for both new build and refurbishment requirements in many different market applications. Vicaima doors can often be seen everywhere from luxury apartments to 5 star hotels and from commercial premises to public buildings.

“This is an historic day for the Vicaima organisation, marking as it does the groups continued expansion globally and in particular strengthening our position within the quality design and performance end of the UK market”.

“We have seen a major surge in the popularity of interior doors and associated joinery that demonstrates exemplary performance and design flair, something that Vicaima is well known for.  This investment will enable us to increase both our range flexibility and explore new markets for Vicaima products here in the UK and throughout Ireland”

He went on to say:

“Swindon has been the home of doors for many decades, our staff here are experienced and dedicated and together we look forward to helping our customers for many years to come”.

The Vicaima Group is a European and Global powerhouse in the interior and technical door market.  Based in Northern Portugal it has sites in Europe, South America, North Africa and of course the UK.  In addition to which they export of over 27 countries worldwide.  Their mission and focus is to conceive and manufacture doors that combine design, functionality and quality. Renowned for innovation, Vicaima creates and compliments trends, continuously re-inventing its products.  This forward thinking approach has been the recipe for their success and with such vision and determination the future of their UK operation is set fair for even greater success. 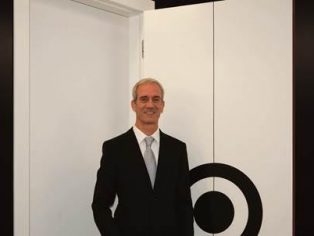