The 18-year-old athlete has won eight European and seven World Championships and is hotly tipped to be a medal hopeful in the qualifying trials for the Rio 2016 Paralympics.

The Glasgow-born Andrew said of the deal:

“Being born and raised in Glasgow makes this backing from Mactaggart & Mickel Group all the more special and closer to home for me.

“Sponsorship is so vital to competitive athletes and the support is really going to help me as I aim to fulfil my dream of competing at the Rio 2016 Paralympic Games – I can’t thank Mactaggart & Mickel Group enough for that and look forward to having them by my side over the coming months.

“With the final year of the Paralympic cycle approaching and Rio 2016 set to be the biggest Paralympics to date, it’s a very exciting year in the world of sport. I want nothing more than to make the team and give my lifetime best performances so I can return home as a Paralympic champion.”

It was also part of the City Legacy consortium which constructed the Commonwealth Games Athletes’ Village. 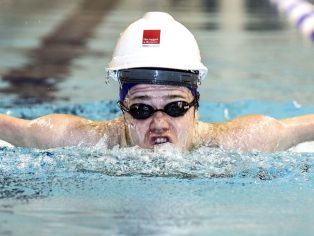