Uncertainty in the run up to the EU referendum saw take-up for London office space fall 22 per cent quarter-on-quarter to 2.4 million sq ft in Q2 2016, while available space increased for the fifth consecutive quarter to 13.3 million sq ft, according to CBRE, the world’s leading global real estate advisor.

The second quarter saw take-up of Central London office space dip to its lowest level since Q3 2012, 23 per cent below the 10-year average of 3.2 million sq ft, as EU uncertainty weighed on the minds of businesses operating in the capital. The subdued second quarter followed a buoyant start to the year, signified by five leasing deals exceeding 100,000 sq ft.

While occupier activity waned in response to the political outlook, available office space increased by 8 per cent to stand at 13.3 million sq ft, a fifth consecutive rise since Q2 2015, but still well below the 10-year average of 14.5 million sq ft. This surge of availability, caused by a rise across the board of secondhand, completed and pipeline space, meant that supply exceeded total annual take-up for the first time since Q4 2013.

The upward trend in office availability is likely to continue due to a strong development pipeline. A total of 1.7 million sq ft of new stock entered the market by H1 with 5.1 million sq ft of development or refurbishment space expected to complete before the end of the year, with 46 per cent of this already pre-committed to occupiers.

“As we emerge from a quarter characterised by referendum uncertainty, it’s not particularly surprising to see some occupiers opted to delay decisions until the political storm had passed. While the referendum may be behind us, the political uncertainty continues, but the appointment of a new Prime Minster is already helping to steady the ship.

“We expect activity to remain subdued for the near term as the macro economic environment remains uncertain. However, the fundamentals of the market remain strong and ultimately will outweigh any short-term negatives. London’s size, the transparency of the market, the rule of law, the advantages of having the pound and the English language remain unabated.” 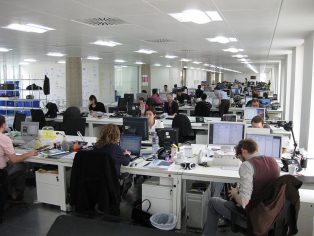