Leslie Jones Architecture has reinforced its expansion and diversification plans through the promotion of four new Directors and one Associate.

Cos Constantinou, Lee Pope, Simon Scott and Nick Strachan have all been appointed Directors while Darren Andrews has been made an Associate.

Each of the new Directors has played a crucial role in the growth and development of Leslie Jones over recent years and will continue to shape the future of the business The four Directors are also responsible for their own teams as the firm looks to further diversification over the coming months and years.

“Over and above our leadership in the retail sector our aim is to become a market leader in developing innovative, solutions to solve the problems of our town centres. To achieve this, we have promoted a strong team of Directors with a combined service of over 40 years at Leslie Jones. This team has delivered consistently for the business and we have no doubt they will continue to do so as we look towards new opportunities for growth – which we believe will provide clients with a more diverse and responsive offering from the same dedicated team.”

Nick Strachan is the newest member of the team to be promoted to Director, having joined Leslie Jones in early 2016. Nick has cross-sector, urban regeneration experience working from feasibility to planning and throughout construction.

A long established member of the team, Cos Constantinou brings strong leadership to his role within the business, as well as to his clients’ schemes, which span retail and mixed-use. His extensive cross-sector knowledge is complemented by the technical delivery experience of Lee Pope, who has worked on both refurbishment and new build projects and has a detailed understanding of working with contractors.

Alongside the four new Directors, Darren Andrews has been promoted to Associate. Darren has been at Leslie Jones since 2014, working across a number of the firm’s flagship projects. He comes from a design background having worked at a number of award winning practices.

“Darren has made a significant impact on the business since joining four years ago and his promotion will further support the business as we look to achieve our growth ambitions. We are sure Darren will continue to exceed client expectations following his promotion as a senior member of the team.”

James Cons remains as Managing Director of the business, while Brian Tracey takes on the role of Operations Director. 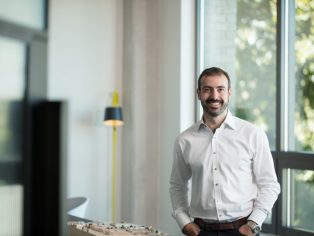