Leslie Jones Architecture has added to its senior team with the appointment of Nick Strachan as Associate Director.

Nick brings extensive experience in commercial design to Leslie Jones’ senior team. He was previously Associate Director at 3DReid, where he headed up the retail design department in London.

Having established relationships with some of the UK’s largest and most successful retail businesses, Nick will complement Leslie Jones’ existing expertise by further diversifying the range of experience the senior team can draw upon. Nick will support the practice’s continued growth in the UK, providing a unique perspective on mixed-use and retail-led developments using his renowned creative flair and passion for aspirational design.

“Nick joins the senior team at a time of considerable growth for Leslie Jones, with current retail-led projects in the UK including The Moor in Sheffield, intu Eldon Square in Newcastle and Southside in Wandsworth, London. Nick’s experience in working with the nation’s most popular brands will bring a new dimension to our team’s work on large scale mixed-use developments.”

Nick’s extensive project portfolio includes the design and delivery of the new Basing View scheme in Basingstoke for Muse Developments. The urban regeneration scheme is centred around a landmark 110,000 sq ft Waitrose and John Lewis at home store for the John Lewis Partnership, which opened in November 2015 to much acclaim.

“Leslie Jones’ reputation in delivering innovative conceptual designs while ensuring functionality for complex commercial projects is outstanding. I look forward to becoming a part of the team and working on some of the most exciting mixed-use and retail-led developments in the UK.” 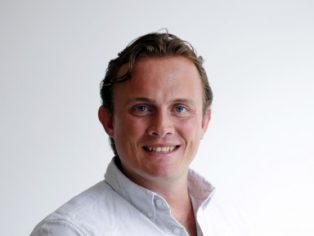