The Bristol Arena moves another step closer as residents and businesses are invited to give their views on the emerging plans and transport proposals for the 12,000 capacity international entertainment venue due to be located close to Temple Meads station.

International arena design team Populous together with Bath-based architects Feilden Clegg Bradley and engineering firm BuroHappold have developed plans for an innovative and flexible arena that will bring world-class acts, regeneration and recognition to the city.

The plans are being developed for two planning applications, one for the arena when it opens and one for the future development of Arena Island, both due to be submitted at the end of October. They show the Bristol Arena set in a vibrant place that will in time become a new destination, active throughout the week, transforming a derelict part of the city into a new vibrant quarter.

“As the arena moves closer to reality it is important local residents and businesses are fully informed about the plans and have the opportunity to air their views. I very much have their best interests at heart.

Access to the arena is a really important consideration and as European Green Capital we must encourage visitors to travel to the venue sustainably which is one of the main reasons that I have always wanted the arena placed at Bristol’s principal public transport hub. MetroBus and new rail services through MetroWest will serve the new venue, special Park and Ride services are being proposed for the largest events and we are considering measures to protect local residents from on street parking.

The city regularly hosts events with very large visitor numbers, often far larger than the arena’s maximum capacity of 12,000, and it has the capacity to absorb these visitors even if a majority still come in cars. The Arcadia event in Queen Square a couple of weekends ago was an excellent test with an audience of over 12,000 causing minimal disruption and resulting in no parking or congestion complaints that I heard of.

The arena is a long awaited, vitally important piece of cultural investment for the city region and I am sure that most people recognise its huge importance to the local economy and to reviving the Enterprise Zone around Temple Meads.”

Head of the design team and Senior Principal of Populous, Nicholas Reynolds, said:

“Large-scale entertainment buildings can form the social hub of communities. Bristol Arena is being designed to cater for a myriad of different activities, with spaces perfect for public exhibitions, fashion shows, conferences and meetings, as well as all the flexible modes for theatre, sport, comedy and live music.  The public realm surrounding the arena will be suitable for staging temporary pop-up activities and events such as markets, arts and crafts fairs and intimate performances.

“The variety of events and activities that will be able to be staged here will cater for the whole community. The Populous Arena Team is focussed on working with all the stakeholders to deliver an imaginative and exceptional arena, one that will create a true ‘return again’ destination for Bristol.”

“This is an important milestone for the project and allows everyone to see the full arena proposals for the first time.  I hope as many people as possible take the opportunity to comment on the proposals as we must get this right because the arena will be a key asset for the whole of the West of England.”

An exhibition of the arena plans will be on display at the council’s Citizen Service Point at 100 Temple St, close to Temple Meads station, from 17th September to 13th October.

The plans, for a full planning application, include a flexible arena design to accommodate a varied programme of events from comedy and music concerts to ice shows and sporting events; a public plaza that can host events and pre-show entertainment and bring life to the area and new bridges and pedestrian and cycle routes to connect Arena Island with the rest of the city for the first time.

A master plan showing how the rest of Arena Island could be developed over time is also being developed for an outline planning application. This shows the arena set in a vibrant place, active throughout the year with four distinct areas: Riverside, Village, Arena Plaza and Arena Terrace, creating a rich setting for the arena. New residential accommodation, retail, commercial space and public areas are all set within an attractive landscaped environment.

Residents and businesses will be asked for their views on transport plans to minimise travel by car, encourage sustainable travel and protect local residents from parking on residential streets. Situated close to the Temple Meads transport hub the arena is well placed for visitors to travel by train, bus or MetroBus. Research suggests that for the majority of events there is spare capacity in city centre car parks within a 20 minute walk of the arena. However for the larger events of 10,000 capacity or more, special Park and Ride Services are being proposed. The council is also considering parking controls in residential areas.

The Populous Arena Team is working with renowned artist Jonas Dahlberg to imbed a visually stimulating public art composition into the architecture of the arena.  This work has recently commenced and there will more detail in the coming months.

The consultation will run from 16th September to 13 October. There will be several drop-in sessions when visitors can discuss the plans with members of the project team:

Saturday 26th October, 9am to 6pm at the Galleries, Broadmead, Bristol

The exhibition will also be on display in the Citizen Service Point at 100 Temple St for the duration of the consultation and in the main foyer of the Central Library from 28 September until 13 October and on-linewww.bristoltemplequarter.com/ arenaconsultation.

Bristol City Council is investing over £90 million to build the arena, with around £38 million being funded by operator rental and other related income once the arena is built, and £53 million funded via the City Deal Economic Development Fund, managed by the West of England Local Enterprise Partnership. 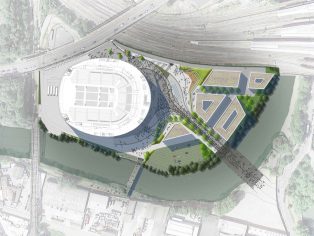 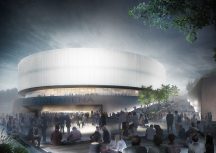 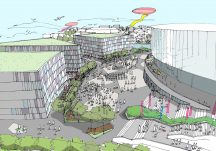