Bio:
In 2002, Karim joined the EasyRoommate team then located in the New York offices. He began his web journey as an ambitious, driven and passionate intern. He re-joined the team a few years after graduating and was instrumental in establishing the company’s global offices and developing

EasyRoommate’s online presence.
Karim has an in depth knowledge of the property and shared accommodation market, and he is dedicated to bringing benefits to consumers through extensive web services, which meet the needs of lifestyle demands and connect people, locally and globally.

London, Monday 14th of August 2015. Over the past 20 years, buy-to-let was a great investment. In recent times, it has experienced a renaissance: mortgage rates and interest rates have been at a record low, encouraging more investors to snap up properties in the hope that its value will rise. In fact, buy-to-let landlords own 15% of residential property in the UK. From April 2017, things will change, over a period of 4 years. To the surprise of all, George Osbourne recently dropped a bomb shell, and announced big changes in the tax system, designed to limit the advantage buy-to-let owners have over those purchasing their own home. The most important and drastic change is the tax-relief on rented homes will be cut from 40% or 45% to a basic rate of 20% with the inevitability that losses will be recouped by landlords through bumping up rental prices, meaning renters will also feel the squeeze.

What does it mean for landlords?
The majority of landlords are in for a shock. According to a survey conducted by EasyRoommate, over 55% of the landlords surveyed are not aware of the tax-relief change. Landlords urgently need to familiarise themselves with the complex tax changes and its implications.

I believe that the buy to let tax changes will make investments a less appealing proposition for landlords and discourage investors. This increase in tax will drive landlords to recoup their losses, and what a better way of doing that other than by increasing the rent. In fact, 44% of the respondents said they would consider increasing the rent to offset the losses incurred by the tax increase, which is worrying news for renters.

To make matters worse for landlords, new tax changes mean they will also lose the right to claim 10% of the rent against wear-and-tear costs from April 2016. This will result in landlords reducing the levels of general property maintenance and improvements carried out and lead to landlords neglecting basic tenant demands for property improvements. This will have a negative impact on the standard of private rented accommodation.

Furthermore, this change in tax-relief could drive some landlords out of the property market given it will no longer be the profitable business it once was. Many landlords may now see fit to sell their property for let, resulting in tenants evicted from their rented accommodation.

George Osbourne claims that buy-to-let landlords have historically been taxed more favourably than home owners, I would dispute this – in fact, buy-to-let owners are not only taxed on rental income but also capital gains.

To provide further insight into British Landlords, I met Benjamin who’s a veteran buy-to-let landlord with a portfolio spanning 5 flats.

– Karim: ‘What is your opinion on the tax-relief changes planned for April 2017?’

– Benjamin: ‘Like a lot of landlords, I was shocked when George Osbourne announced the changes. The government is putting us in the same basket as home owners. I think this is extremely unfair as we are taxed on capital gains and the income we get from rent. Every other business in property is allowed to offset their total costs against their income before being taxed on their profit. I believe the next four years will be very challenging for us.’

– Karim: ‘What do you think the impact will be on buy-to-let investors like yourself?’

– Benjamin: ‘I think the impact will be negative. I predict that a lot of landlords will change their business structures. Not only that, some landlords will be forced to sell their properties to avoid falling into negative cash flows. Others, would have to increase their rent.

– Karim: ‘What do you think is the solution?’

– Benjamin: There is a petition which is gathering momentum. Landlords should unite by pressuring the government to revise and reverse this change.

What does it mean for tenants?
In London, tenants pay around £692 on average to rent a double bedroom per month. It is hard to contemplate that this astronomical amount would increase. But the tax-relief change could spell bad news for tenants. In fact, in a recent survey from EasyRoommate indicated, 44% of the landlords look set to increase rent prices to offset their losses.

To put numbers into perspective, let’s look at a hypothetical but realistic scenario. Peter earns £26,000 per year, the average UK salary. He rents a room in Notting Hill for £800 pm (£9600 per year). If his landlords increases the rent by 15% per month he would have to pay an extra £120 pm or £1440 per year. He now pays £11,040 per year. This would mean 42% of his income would go on rent. As of 2015, there were about 5.4 million people privately renting in the UK (as Pwc study found) and it would mean that 2.4 million tenants would be negatively impacted by the rent rise.

Furthermore, supply is already scarce in the UK, especially in London where there are 10 tenants seeking a room for every one double bedroom available. I believe this alarming number could rise to13 seekers per room given a number of landlords could decide to move out of the property market.

In my opinion, this tax-relief change is in fact detrimental to the first time buyers. If we take into account the reasons I highlighted above, first time buyers will find it harder to save a deposit. I strongly encourage all private landlords to start evaluating the impact of the tax changes now and have enclosed a simple calculator from our official partner, the RLA. This will help landlords assess the impact of the tax-relief changes on their income. 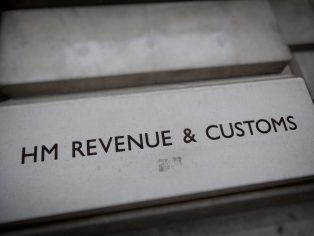