Jefferson Sheard appoints three new members to the Board of Directors

Jefferson Sheard Architects are pleased to announce that Mike Hall and Phillip Pollington have been appointed to become Directors of the Company and a similar invitation has been accepted by Joe Dickeson, Regional Director for London, which will take effect from January 2017.

Jefferson Sheard has doubled its activity over the past three years and, despite the present economic uncertainty  arising from the recent referendum and its result, the company expects this growth to continue, albeit at a slower rate, during the current financial year (which began on July 1st) and beyond. The new appointments are seen as both a reflection of that success and, also, as a means of structuring Jefferson Sheard to generate more success in the future.

Mike Hall leads much of the practice’s student accommodation work, currently directing the £20 million development at The Crescent, Plymouth. Mike also specialises in higher education projects and is acting as the framework lead on the practice’s appointment to the Sheffield Hallam University framework.

Phillip works out of the Manchester office and directs much of Jefferson Sheard’s education and transport work, having directed on such schemes as the award-winning Beverley Campus at East Riding College and, more recently, Chester Bus Interchange.

Joe directs activity in the London and the Southeast and is currently working on one of the practice’s significant schemes at Airport Business Park, Southend, for client Henry Boot Developments.

The 40-strong practice works out of four UK offices with an expanding presence in Manchester and London. 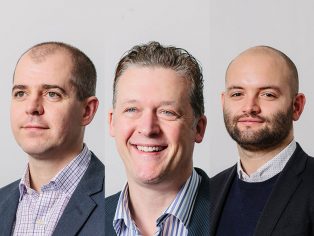