The International Copper Association (ICA) announced the appointment of Jean-Sébastien Jacques, Chief Executive of Rio Tinto Copper, as its new Chairman. Mr. Jacques had been Vice-Chairman of the ICA since October 2013 and will replace the outgoing Chairman Peter Beaven, Chief Financial Officer of BHP Billiton. Mr. Jacques will assume the role for a two-year term.

The ICA leads the copper industry on the issues critical to securing copper’s future. Its activities are focused in three areas: (i) market access by working to maintain license-to-operate in often complex regulatory environments; (ii) market growth/defense through promoting the intensity of copper use and working to prevent substitution; and (iii) image/reputation building by positioning copper as a trusted partner of governments and NGOs and a positive contributor to society.

On his appointment, Mr. Jacques said:

“I am honoured to have been offered the opportunity to become Chairman of the ICA. Copper is an incredibly important commodity with a range of properties from anti-bacterial and malleable to corrosion-resistant. As the world’s population grows and urbanization continues in emerging markets, it will lead to greater demand for copper for power, consumer goods and disease prevention.

“The ICA plays a critical role, working in partnership with the industry, government and regulators, trade and end-users to advance and advocate copper production and the use of copper products, thereby averting substitution. I have very much enjoyed my role as Vice-Chairman, having used my knowledge of the industry and experience at Rio Tinto to help realise the ICA’s objectives. I look forward to stepping up to Chairman. This is an exciting period for the industry, as we seek to drive forward strategic initiatives to actively support the delivery of an additional one-million tonnes of copper demand over the next five years.”

“I would like to thank Peter Beaven for his significant contribution as Chairman of the ICA over the last two years. His leadership has seen the launch of numerous important initiatives, which have had a huge impact on the industry, and also on the wider world. Over this period, the ICA has worked with the Chinese government to develop the first ever code for electrical standards in rural dwellings, which will safeguard an increase in copper consumption of 30,000 tonnes per year. Mr. Beaven also successfully oversaw a 14% reduction in the 2014 budget, whilst continuing to provide members with a ten-to-one return on investment.”

“I very much look forward to working more closely with Mr. Jacques in his new role as Chairman and I believe that under his stewardship, the ICA will build on its strong position, demonstrating the immense contribution the copper industry can make to society.” 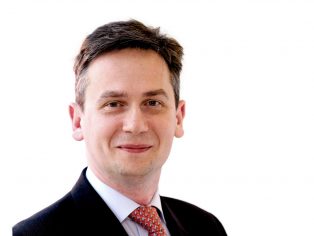