Contractor J Tomlinson has been appointed on the second phase of a major regeneration scheme in the West Midlands.

“There were strong levels of interest in the first phase of this high-profile development and we are very pleased to have now been appointed to build the second phase of the Albion Gateway scheme.

“This is the latest in a number of regeneration projects that J Tomlinson has worked on and is great news for the East Staffordshire economy, as well as for us as a company.”

The contracts have supported additional job opportunities at J Tomlinson. The scheme is also providing work for local subcontractors and suppliers as both phases of the project are carried out.

Phase one and two will bring almost 60,000 sq ft of new business and industrial premises to the market.

Located on the main arterial route to the north east of Burton-on-Trent’s town centre, the scheme benefits from its close proximity to major transport links, including the A38 and A50. St. Modwen, the UK’s leading regeneration specialist, is investing in the local road infrastructure, which will include two new dedicated junctions to the scheme as well as local highway improvements on the Derby Road.

J Tomlinson, which offers services in construction, refurbishment, repairs and maintenance, mechanical and electrical engineering, energy efficiency, renewables and facilities management, is based in Lilac Grove, Beeston, near Nottingham, and has regional offices across the East and West Midlands.

Earlier this year J Tomlinson was named in Deloitte’s Businesses Leading Britain 2014 report, which provides insights into the UK’s 1,000 fastest-growing businesses with annual revenues between £30 million and £1 billion.

Recently the company announced four key contracts in the West Midlands, potentially worth £25 million. The company was appointed to a four-year framework contract by Warwickshire Police and West Mercia Police covering servicing, maintenance, reactive repairs and minor works which has a potential value of up to £9.1 million over the lifetime of the agreement.

The firm also won a five-year contract worth £10 million to replace kitchens and bathrooms in around 1,600 properties in Birmingham, Coventry, Stoke, Walsall and Wolverhampton for housing organisation Midland Heart. In addition, J Tomlinson was appointed on two contracts in Sutton Coldfield for a new 65-bed care home and a new building for Sutton Coldfield Conservative Club.

These contracts are contributing to the continued growth of the company which is expected to see its turnover increase from £54 million in 2014 to £67 million this year, and with a forecast to rise again next year to £85-£90 million. 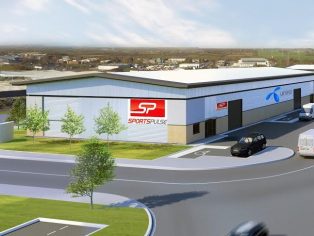