Well known for beating competitors to the punch, The VEKA UK Group has now unveiled the industry’s only BSI notified and BFRC certified window and door energy performance calculator.

Principal Engineer Tim Williams has unveiled the only calculator in the industry capable of providing accurate SELs, DSELs in accordance with the BFRC, and notified U-Values for CE Marking in accordance with EN 14351. The calculator is unique to each fabricator and their products. And the best part…? It’s free!

BFRC rules covering the simulation of spacer bars changed at the beginning of September and immediately made results from all existing SEL calculators invalid and subsequently illegal. The rules stated that all warm edge spacer bars should be simulated as two box models and all pre-September simplified energy licenses based on the old spacer bar simulation method are now obsolete.

Tim, who has worked at VEKA for 22 years, sits on the BPF Windows Group Committee, the BFRC Simulators Group and ACDM Technical Committee, so he was well placed to implement the changes in standards that came into play at the beginning of September.

“As of September 1st 2014, changes in BFRC rules, brought about by updated European standards meant that ALL previous energy rating calculators immediately became invalid. This affects all sorts of things down the chain, including CE Marking. I know that many people are burying their heads in the sand, but CE Marking is a legal requirement for windows and doors and making false declarations about U-Values may lead to prosecution for fraud! I would estimate that currently, less than 40% of the industry are fully covered by every aspect of CE Marking. Here at The VEKA UK Group, we’re committed to staying up-to-date in all aspects of the business. Our new calculator is now the only ‘intelligent’ one in the industry. It is the culmination of more than a year’s work, to ensure that when the September changes were introduced – our customers would have the tools to stay on the right side of the law. The new calculator has been officially notified by the BSI for CE Marking and we’ve designed it to provide CE Marking U-Values in accordance with BS EN 14351 for all the major VEKA UK Group products, and all the variations thereof. We’re extremely proud to have the industry’s only dual function calculator and we’re delighted it offers so many benefits to our customers. The system is bespoke to each fabricator or installer and personalised depending on which VEKA or Halo systems they use. The resulting Energy Certificate can be given to the homeowner or client as independent proof of a product’s thermal performance. It offers HUGE cost savings, as it can be used as many times as you like, completely FREE of charge! This will eliminate the cost currently associated with auditing or notifying each window or door configuration. Extremely simple to use, the system allows one form to be filled in via numerous drop down boxes that allow fabricators to try all the available configurations, with different glass, spacer bars etc. It is impossible to get a ‘wrong’ result as only compatible parts will be listed for each system. It is the only calculator that carries out all the necessary energy rating and U-value calculations from scratch, enabling many permutations of profiles, reinforcement, spacer bars and glass to be used. For example, it can resolve tens of millions of ways to make a Matrix 70 casement window, covering 28mm double glazing, as well as 36mm, 40mm and 44mm triple glazing. Customers could even potentially save money on the cost of manufacturing their standard ‘A’ rated windows by trying a different variety of cost-effective components that still result in the ‘A’ they require. We have designed the calculator to be ‘future proof’ as it can accommodate changes, for example, if the Building Regs go from 1.6 down to 1.4. The calculator will be sent out to our customers manually in the first instance, but ultimately the plan is for it to be hosted on the website and customers can log in to access their bespoke version.”

The VEKA UK Group is well known for being ahead of the curve when it comes to new technology, new initiatives and assisting customers with meeting new changes in legislation. 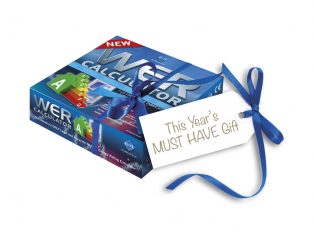