Towering above the rest of the Swedish capital at 10 storeys, Urban Escape Rooftop will comprise 3,450 sq m of public garden space over three interconnected buildings. It will unlock unrivalled 360-degree views across the Swedish capital – previously inaccessible to the public – and will overlook the Royal Palace, the Old Town and Södermalm district. Like many cities, there is a shortage of public space in the Swedish capital. As one of Central Stockholm’s most prominent landowners, the Swedish property developer and investor is in a unique position to deliver this through its Urban Escape regeneration project of a whole city centre block. It will lead the way amongst the development community by going up, rather than out, to increase density and dramatically improve accessibility to public space, and therefore quality of urban life in the Swedish capital.

Urban Escape Rooftop will be the crowning glory of Urban Escape Stockholm – a 130,000 sq m mixed-use development that will champion a new approach to offices. The development also comes in response to AMF Fastigheter’s latest research project with the Swedish University of Agricultural Sciences (SLU) to demonstrate the intrinsic link between the use of outdoor spaces in corporate environments and increased wellbeing and productivity.

Due to commence construction over a phased period in 2017, Urban Escape Rooftop will incorporate a roof top restaurant. The 2,450 sq m of open landscaped gardens will also include space for wellness, fitness and private meetings and designated space to grow produce for the restaurant occupiers, helping to reinforce Urban Escape Stockholm’s sustainability credentials.

“People are the beating heart of buildings and cities and they are the focus of the concept for Urban Escape Stockholm. We know that people need to feel connected, to interact, to be part of something and to have the freedom and space to share ideas.”

“Urban Escape Rooftop will give them just that – it will take advantage of what would have otherwise been neglected space and make Urban Escape Stockholm a truly mixed-use multi-level development that can be enjoyed and is open to all, not just its occupiers.”

“To attract the best talent, we need to be able to offer our employees and colleagues more than just office space. We need to create the right backdrop for them to work, live and socialise across a variety of spaces and formats, as this is how the modern workforce operates and how new ideas are formed. This is why we have chosen to take space in Urban Escape Stockholm and see that this latest announcement can only ensure this further.” 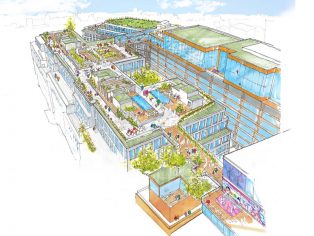 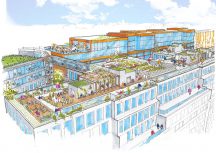