Have your say on rail industry plans for Wales and borders

Network Rail has unveiled proposals to meet future growth in passenger and freight journeys in Wales and the borders.

A major redevelopment of Cardiff Central station and plans to modernise the railway across North Wales, which could involve the electrification of the North Wales Main Line, are amongst the choices for funders included in the Welsh Route Study Draft for Consultation.

The study covers the railway in Wales as well as the bordering counties. It has been developed collaboratively with Welsh Government, the Department for Transport and train and freight operating companies.

Passengers rely on a safe and punctual railway and the study sets out proposals to meet future demand and improved connectivity so that the railway continues to make a positive difference to the economy and to people’s lives.

With growth for rail travel into Cardiff expected to be amongst the highest outside of London over the next 30 years, the number of journeys from Cardiff Central, the busiest station in Wales, is forecast to grow from 13 million to 33 million by 2043.

“Our railway is carrying almost 50 per cent more passengers than we were 10 years ago and that number is predicted to grow significantly in the years ahead.

“Work we are already doing over the next five years will make a huge difference, including electrifying parts of the railway and installing new signalling to help deliver improved reliability and the potential for more and faster journeys. There is still more to do to meet future demand.

“The Welsh Route Study Draft for Consultation sets out a number of investment choices for funders to meet increased passenger and freight demand, including a major redevelopment of Cardiff Central station and plans to modernise the railway across North Wales. Investment across the route will help to improve journeys for passengers and help to build a bigger and better railway that Wales and the borders can be proud of.”

Potential options identified by the study, which will inform funding decisions for the period 2019 to 2024, include:

The study also considers the longer term strategy to 2043, building on the choices set out to 2024. It assesses the role that the introduction of new technology, such as future deployment of the state-of-the-art European Train Control System might play, in delivering improved safety and reliability, and providing additional capacity in the future.

The draft study is a consultation document and members of the public are encouraged to have their say during the consultation period which ends on 9 June 2015. 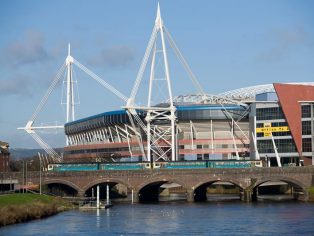