The developer will also cover the costs of building the brand new St Mary’s Primary School.

21 per cent of the new homes will be reserved for qualifying Wandsworth residents to rent or buy at a reduced price.

The 4.5acre site is currently home to a series of commercial and light industrial buildings, the existing primary school and is sliced into sections by two Victorian railway viaducts.

The approved scheme would reconnect the site with a network of pedestrian and cycle routes, including four links through the viaduct arches.

A series of new buildings ranging in height from one to 18 storeys would be created as well as a new public square. In total there would be 5,440 square metres of public space.

A new pedestrian link between Queenstown Road and Battersea Park Stations will run through the site from north to south. A second entrance to Queenstown Road Station would also be created.

At ground floor level the development would be brought to life with shops, cafes, bars and galleries – many of which would be provided in a series of newly refurbished railway arches.

As with all Nine Elms projects, the applicant will agree a detailed cultural strategy with the council setting out how to animate the site and create a variety of commercial and community uses.

Once complete the development could support up to 425 more jobs than it does today. The final number will depend on the final mix of commercial uses.

The new state of the art St Mary’s will include a 60 place nursery and capacity in the main primary school will increase to 420 pupils. There will be a new ground floor play space and a multi-use games area on the roof which will be available for local people to use outside of school hours.

“This project will stitch together a badly disjointed corner of Battersea. The new routes through the railway viaducts will be of great value to communities on all sides and commuters will benefit from the connection between Battersea Park and Queenstown Road stations.”

“The new public spaces are very welcome and the refurbished railway arches are an exciting feature. Local people will look forward to seeing so many of these interesting spaces brought back to life and we will work with Network Rail and the developer to attract a lively mix of uses.”

“A fully redeveloped primary school, 60 affordable homes and a £7.8m contribution to improving infrastructure completes an impressive package of benefits for Wandsworth residents.”

About Nine Elms on the South Bank

Nine Elms on the South Bank is one of Europe’s biggest regeneration programmes.

A further 22,000 construction jobs will be created during the area-wide building programme. Wandsworth Council if helping unemployed local residents secure these valuable opportunities via a dedicated recruitment service.

The Northern Line Extension will provide the major transport artery which makes the new Nine Elms possible. An infrastructure project championed by Wandsworth Council, it has now been approved by Government.

The area’s key attractions will include a new centre for London’s foodies at New Covent Garden Market, the new US Embassy in London and an entire town centre formed within and around a rejuvenated Battersea Power Station.

A new stretch of the Thames riverside walk will run the full length of the regeneration area, extending the cultural offer of the world famous South Bank through Vauxhall and all the way to Battersea Park.

An ambitious cycle strategy seeks to create a network of up to 23 interconnected routes and a competition is now underway to design a new pedestrian and cycle bridge across the Thames to Pimlico. 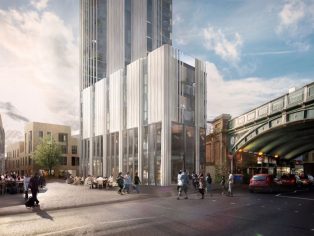