New homes in Bilston scored top marks from judges in the UK Property Awards to be named the Best Residential Development in the West Midlands.

Redrow wowed the judges for its work to transform a former industrial site into a desirable neighbourhood.

The winners were announced at a ceremony held at the London Marriott Hotel Grosvenor Square.

“Winning top honours in the UK Property Awards is testament to the hard work and dedication the whole of team has invested in Chestnut Walk. The area has been transformed beyond recognition, giving a redundant former brownfield site a new lease of life and providing much needed new homes for local people.

“The development has been a real success and in response to demand we’ve decided to build additional homes on land previously earmarked for light industrial units. With the final phase now on sale, time is of the essence for those who want to own one of these award-winning properties.”

Current availability at Chestnut Walk includes one and two-bedroom apartments and two and three-bedroom homes.

A one-bedroom apartment can be snapped up for as little as £82,995. The competitive prices are made even more attractive thanks to Help to Buy. The Government-backed equity loan scheme reduces the initial price to just £66,396. Plus those who purchase in this way should only need a 5 per cent deposit.

Up to two top-scoring 5-star winners from each of the 48 different categories in the UK Property Award will represent the United Kingdom in the 2015-2016 International Property Awards. The results of the eagerly anticipated ‘World’s Best’ Property Awards will be revealed at a glittering awards presentation ceremony in London on December 7, 2015.

“Once again, the United Kingdom’s property professionals have excelled in every single category. I now very much look forward to seeing how many coveted ‘World’s Best’ titles the UK can achieve against strong competition from across the globe in December.”

For more information about the award winning homes at Chestnut Walk, visit the development open daily from 10am to 5.30pm. Contact Redrow for the latest availability and pricing. 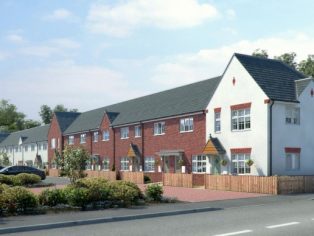