Leading hybrid estate agent, eMoov.co.uk, has released its latest analysis of the property market in England, highlighting where offers the best bet for first-time buyers (FTB) looking to get a foot on the ladder and where they should avoid.

By analysing the latest data from the Land Registry, eMoov have mapped the average first-time buyer house price across each English county and each of the capital’s boroughs, as well as calculating the increase in value since the start of 2012.

The research shows that first-time buyers are now paying out, on average, just over £196,000 to secure that vital first property. However, in the last four years or so, the average price paid across England by first-time buyers has increased by £42,451.

This 28% increase is a higher rate of growth than England as a whole, where the average house price has only increased by 26% in the same time period, highlighting the ever-growing obstacle many face in securing homeownership.

But there’s even worse news for those aspiring to get on the London ladder for the first time.

The capital’s ever inflating market means that the current price paid on average by first-time buyers in London is an eye-watering £462,602, having increased by £54% since 2012.

But where offers the best bet for those looking to buy, where should they avoid and where in the country has seen the biggest increase for those that bought in 2012 and might be looking to sell now?

England
At just £86,116, County Durham offers the best value for those looking to get on the property ladder. Durham has struggled in recent times where the property market is concerned, with low demand seeing prices drop, although this has at least benefited first-time buyers in the area. This said the poor performance is notable, with prices having increased by just 3% (£2,600) since 2012, the lowest across England and a far cry from the average across England (28%).

Of course, the City of London and Greater London both account for the most expensive counties for first-time buyers in England. But it’s London’s commuter zone counties where first-time buyer prices are the highest outside of London. Surrey (£323,973), Hertfordshire (£305,043), Berkshire (£292,227), Oxfordshire (£286,962) and Buckinghamshire (£286,511) account for the top five most expensive counties for first-time buyers, with each having seen the average FTB price rocket by between £80,000-£96,000 since 2012, the biggest increases outside of the M25.

London
Living in London comes at a cost and even the top five most affordable boroughs where the average FTB house price is concerned, command well above the UK average house price.

For those looking to invest in a FTB property in the capital, it would seem Haringey is a good option. At £496,218, the average FTB house price in the borough is lower than the London average and less than half that of Kensington and Chelsea. However, it has seen the fifth largest increase in price since 2012, up just over £211,000. Waltham Forest also offers good prospects, with the current average FTB house price yet to hit £400,000, although the borough has seen an increase of more than £180,000 since 2012.

“First time buyers are paying almost as much as second and third steppers in actual price terms yet the percentage increase in first-time buyer properties is tracking at even greater than regular house prices. It really does highlight the issue facing the nation’s next generation of aspirational homeowners.

“How the government expect anyone to get on in life when the first hurdle they face is all but unobtainable, to begin with, is beyond me, especially in London. Over 90% of the capital’s boroughs have seen the price paid by first-time buyers increase by more than £100,000 in just four or so short years.

“We must address this issue and find a way to bring homeownership back in reach of the average homebuyers, not just in London, or the surrounding commuter counties, but to the whole of England.” 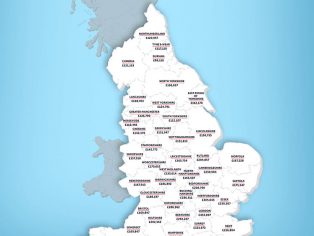 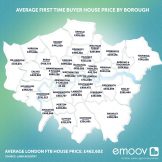