The first phase of  North West Village, a residential development next to Wembley Park, has just seen the final allocation of one, two and three bedroom apartments released to the market.

Developer Quintain said the new homes at Emerald Gardens were due to be completed in the spring.

The firm explained it had consulted with residents already living in two earlier residential projects in order to shape a space that serves Londoners’ needs.

“We want to ensure that Wembley Park is an area that provides homes for Londoners. We’re shaping the design of the site to meet their needs and in response to their direct feedback. It means that each new phase of housing has evolved from the one preceding, with residents able to contribute to the plans, allowing them to shape the environment in which they live in.”

The consultations revealed the top priorities of residents were greenery and storage.

This resulted in a number of changes including the addition of near-acre of gardens and the apartment buildings being left unconnected to create an open feel to the development.

Architects GRID fulfilled the storage space requirements by introducing full-height recessed mirrored cabinets in bathrooms and kitchen cupboards, cupboards in each apartment hall and lockers for residents in the basement.

“For many developers, efficiency and optimisation drive the design, which can lead to a compromised living space for the resident.

“The result is homes that feel cluttered and untidy from the moment you move in, and there’s a clear link between a cluttered home environment and heightened stress levels.

“We’ve addressed this at Emerald Gardens by listening responding and adapting to customers feedback allowing us to deliver to residents the space they need to live comfortably while still having easy access to their belongings.”

Alto Apartments, the current phase of Wembley Park, has also benefited from this design approach. The residents’ only courtyard garden and beautiful new London square, Elvin Gardens, are in response to residents’ direct feedback on their enjoyment of the existing green spaces.

Alto will also benefit from the inclusion of the community hall on site upon completion in 2017.

For more information and to book a visit to the newly launched show apartments, visit www.northwestvillage.com, www.alto-apartments.com or call the on-site Savills sales team on +44 20 3151 8601. 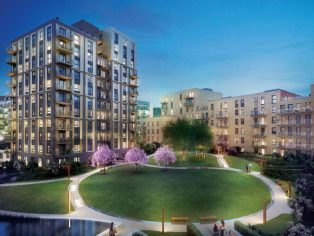 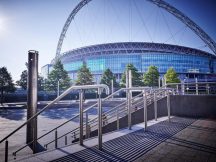