First major review into home ownership in over a decade

The first major review into home ownership in over a decade reveals that the financial squeeze on young people is at the heart of the decline in the number of home owners and calls for a long-term, cross-party approach to housing issues.

It is the most comprehensive review into home ownership and the wider housing market in over a decade and draws on bespoke polling, focus group evidence and expert analysis as well as new modelling from Oxford Economics. It also suggests areas for discussion and future policy development that could improve the housing position of young people in a sustainable way.

“The detailed analytical work of the Review reveals the challenges that young people face in buying their first home and highlights the impact on them of long-term falls in relative incomes and ability to borrow.

“We must focus on supporting today’s younger generation and creating a genuine long-term housing strategy independent of short-term party politics if we are to improve the position in a sustainable way for future generations.”

“The Redfern Review is the first major inquiry into home ownership in over a decade. It sets out the causes of the recent decline in home ownership with unprecedented analytical rigour and detail, drawing on extensive new modelling done by Oxford Economics, as well as bespoke national polling, focus groups and wide-ranging input from housing professionals and experts.

“At root, this decline in home ownership matters to me because it matters to so many people in this country that we are determined to serve. And it matters too because the shrinking opportunity for young people on ordinary incomes to own a home is at the centre of the growing gulf between housing haves and housing have-nots. Housing is at the heart of widening wealth inequality in our country.

“Labour is determined to get to grips with the falling number of home owners and this Review gives us, and politicians of all parties, the foundation to do that.”

Primary causes of the decline in home ownership

The Review’s analysis indicates that the primary causes of the 6.2 percentage point fall in home ownership between 2002 and 2014 are as follows:

The Review also analyses the causes of the house price boom of 1996-2007, and the maintenance of prices at historically high levels in the period since the recession of 2008-2010. The main trends are macro-economic, with rising household incomes and employment and falling interest rates being the main drivers.

In common with other studies, we find that the impact of new supply on house prices in the short term is very small. For example, even increasing home production to around 300,000 for one year would reduce prices by only c.0.6 per cent, given recent rates of household formation. New household formation and supply have been broadly in balance over the last 20 years and therefore the significant increases in house prices over that period have not been driven primarily by supply constraints.

We strongly encourage the current and future Governments to look long term at home ownership issues and to adopt a principle-led strategy against which individual, short term actions can be assessed.

Establishment of an independent Housing Commission

We propose the establishment of an independent Housing Commission, analogous to the Infrastructure Commission, which can own this strategy and take a non-partisan approach to long-term housing decisions. Its primary role would be to understand and make recommendations on:

We recommend a review of Help to Buy and Starter Homes to ensure that they deliver the best long-term result to the people that need it most, and maximise their impact on home ownership, whilst minimising their inflationary effects.

Despite our focus on home ownership, the Review encourages the current and future Governments to focus on maintaining a consistent, healthy environment for all tenures, because while home ownership is important, a fair housing market also needs both a healthy private rented sector and a supportive social housing sector.

Since its peak in the early 2000s, the rate of home ownership has fallen significantly in England and the UK, falling from 70.9% in England in 2003 to 63.6% in 2014/15. The declines have been the steepest among young people. The Redfern Review has been supported and challenged by a strong independent advisory panel and with extensive external modelling commissioned from Oxford Economics to identify the root causes of the fall in home ownership since 2003. The conclusions were divided into those that directly impact home ownership and those that have a more general impact on the housing market.

Key drivers of the 6.2 percentage point fall in home ownership rate between 2002 and 2014

o A 10 per cent increase in real house prices reduces the home ownership rate by 1.3 per cent

o A 10 per cent increase in FTB incomes relative to non-FTB incomes increases the home ownership rate by 1.67 per cent

o FTB credit constraints were the main cause after the financial crisis, as real house prices were already falling (between Q1 2008 and Q4 2014) – contributing 4.3% to the overall fall in the home ownership rate

The main drivers of the reduction in home ownership over the last twelve years are macroeconomic and closely connected with the relative financial strength (earning and borrowing power) of young people compared to older generations (the key group who will contribute to and benefit from increases in home ownership rates):

o Help to Buy is a useful tool to help young people in to first time home ownership, but we remain concerned about the inflationary aspects of the scheme, and recommend it is targeted more exclusively to FTBs and at lower price points on a regional basis. Help to Buy can be a useful counter cyclical tool long term, to provide support when conditions are weak

These conclusions stem from the belief that the biggest housing issue for young people is the cost of accessing home ownership, not the ongoing cost of it (i.e. house prices):

The below policy options may support the rate of home ownership and housing supply in a sustainable way and are intended to stimulate further debate and discussion rather than being firm recommendations:

Calls for a long-term strategy for the housing market

For all the details on the analysis conducted by the Redfern Review team into the decline in home ownership and the key policy options, please see the full Review and accompanying materials : http://www.redfernreview.org/ 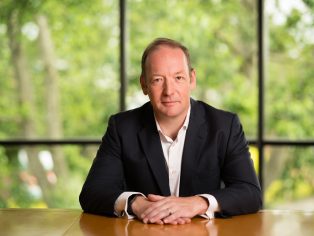