The first day of the CTBUH 2014 Conference kicked off with a substantial amount of content, in the form of eight technical workshops, covering subjects ranging from building management to vertical transportation to mass damping and building sway mitigation. It finished in style, with a networking reception on the rooftop of the Shanghai Art Museum, overlooking People’s Square.

By 8:00 a.m. the exhibition hall at the Jin Mao conference centre was already throbbing with crowds, enjoying the complimentary breakfast sponsored by BIAD. The hammering and chaos of the day before seemed a distant memory as exhibition booths took full shape, supporting miniature skylines of Lucite, wood, paper and plastic. By the time the chimes rang, announcing the opening of sessions, a wealth of information had already been exchanged at the CTBUH Exhibition Booth and in the Crystal Ballroom.

In the first half of the day, the workshop “Building Management and Operation” shed light on the critical period of a building’s life after the designs have been submitted and the ribbons have been cut – operations.

Matthew Clifford, Head of Energy and Sustainability Services for North Asia at JLL explored the less well-trodden aspect of tall-building sustainability – managing the asset. He suggested that the handover of tall buildings from the construction phase to the operations phase should not be the first time management becomes acclimated to the building’s features.

“The handover process is a two way street. Designers and architects do a great job but don’t run the site. O & M people should / will be able to put critical inputs into that design process.”

As the management of complex tall buildings is a specialised skill, Clifford discussed an under-addressed aspect of sustainability — building management and operations staff.

“How do we set up career pathways for our staff to stay in their jobs longer and keep that knowledge in our firms?”

Without a doubt, some of the same skills and policies that retain knowledgeable employees can also be used to retain tenants. Cathy Yang, CTBUH Trustee and manager of Taipei 101, invested a great deal of time and money into upgrading the green credentials of Taipei’s iconic mixed-use tower, only a few years after the building was completed.

Yang relayed to the audience the experience of “greening” Taipei 101 and the benefits that accrued. It took about five years for the building to achieve 80 percent occupancy, and it did not turn a profit until its sixth year, making up all investment losses by the ninth year.

Yang attributes the financial success of Taipei 101 not only to its stature and iconicity alone, but also to the intensive green education and investment effort, which involved high levels of attention to and coordination with tenants.

“Construction is a manufacturing business, but property management and operation is a service business. If we believe in the benefits and advantages of supertall buildings, we are obliged to place heavy emphasis on energy and resource efficiency to justify the existence of supertall buildings and make them more acceptable to the citizens, as well as to maintain their attractiveness to tenants.”

To achieve this, Yang and her team implemented a high-service model of tenant attentiveness, that yielded many benefits, including better cooperation when access to tenant spaces was required in order to conduct environmental monitoring.

Even after achieving LEED Platinum accreditation, the Taipei 101 management team continued to make environmentally friendly improvements, including exchanging halogen for T5 lights, adding motion sensors in low-occupancy spaces to facilitate lighting and conditioning shutdowns when not in use, and gradually adjusting the public areas temperature up by a few degrees.

Jason Haase, senior designer at LMN Architects in Seattle, USA, outlined the tremendous push by the current generation of tech companies who want to occupy urban spaces, parting from their forbears that launched in suburban garages and tended to stay on sprawling campuses.

He illustrated the case by looking at Amazon, which has gradually occupied taller and denser buildings in Seattle’s Lake Union area. The company is now planning a major headquarters consisting of four high rises containing 20,000 employees near the city’s central business district.

When it comes to recruiting perks for tech companies, Haase said:

“A ping pong table and free snacks are just not going to cut it anymore. What people are interested in is a work / life balance, and the commute to or within the suburbs is not part of that.”

Tech companies’ interest in urban office buildings creates unique design challenges for architects, because in order to accommodate tech companies, building systems must be able to support high plug loads (5 W / square foot vs a typical 2.5), and up to 80 pounds per square foot of live load capacity, so as to accommodate the heavy server farms that power tech businesses. Even bathroom design is affected – the fact that tech firms are typically only 12.5% female, while code requires 50% of bathrooms be female – is a particular design issue with immense space planning implications.

“We’ve been surprised how many deals for real estate have fallen through because of weak elevator capacity and limited men’s rooms.”

“In civil law, the written rules govern. And that means the rules have to be very detailed, and updated every time to incorporate real problems and trends.”

The key to success is clarity of regulations, the presenters said.

“Builders can adapt if the rules are known. Unclear rules will prevent development or increase costs. If people know what the rules are, they can adapt their plans to meet them,”

Design adaptation was a main theme in the Technical Workshop “Wind Engineering.” A presentation from Xiangdong Du, director of RWDI China, focused on adapting designs to accommodate the demands of both seismic and wind forces acting on tall buildings. In addition to traditional methods such as a pendulum tuned mass damper (TMD) and a tuned liquid damper, Du discussed a hybrid system developed by RWDI, the “simple pendulum with restoring force TMD,” which, through the use of tethered counterweights, allows more adjustment of frequency, and extension of the period of a TMD, without increasing the requirement for the area containing it.

Yaming Li, Chief Engineer, ISA Architecture described the forensic efforts undertaken to determine what was causing occasionally excessive swaying behavior in the Shanghai Information Building, just down the road from the conference venue. An intensive monitoring study of the building determined that when a specific wind angle and wind speed occurred at the same time, the steel structure of the building would vibrate in a way that was noticeable to tenants. Nevertheless, no adjustments were required, as the probability of the event recurring was extremely low.

In the same spirit of testing realities instead of designing based on code assumptions, Kevin Peddie of Windtech Consultants approached the topic of natural ventilation in tall buildings.

“The typical design approach no longer works – a project is not ‘naturally ventilated’ because of a few colorful lines on a plan.”

“We need to start verifying that what we are proposing is actually working.”

Peddie then walked through some case studies of tall buildings in Australia for which Windtech conducted wind tunnel studies, built computational models, and set boundary conditions to validate (and reject) design assumptions about natural ventilation at height.

“The big driver has come from the regulatory point of view.”

“You can have natural ventilation, but if there is no science to support it, it’s not going to work. We need to start coming up with more field measurements to prove that what we are modeling is working. Some clients look at it from the point of view of ‘we can sell more apartments’ if they can push for natural ventilation. Others do it to tick a box. You can educate the client, and you can educate the regulatory bodies, which will in the end push things forward.”

That spirit of forward innovation drove presentations by Peter Soddy, business development executive for Wirth Research, and Ahsan Kareem, Robert M. Moran Professor of Engineering and the director of the NatHaz Modeling Laboratory at the University of Notre Dame.

Both the Wirth and Notre Dame teams have developed highly sophisticated modeling tools for wind resistance. The Wirth system takes advantage of massive computing farms, with data processing capacity of up to 50 teraflops, and can thus develop models detailed enough to examine inlets on buildings in an overall cityscape of 15 to 20 kilometers’ diameter. A typical Wirth model will have more than 500 million individual cells, allowing the team to model building wind performance and surrounding effects in the context of surrounding buildings, and not in “glorious isolation,” as is done with less-advanced models, Soddy said.

The Notre Dame team presented two projects, one intended to optimize shapes for aerodynamic performance through the use of computational fluid dynamics (CFD), the other to optimize topology in search of novel forms that promote sustainability through a rational use of resources. Instead of taking the painstakingly slow, typical approach of modeling an entire building at a poor level of detail, Kareem emphasized the value of looking at a detailed slice of a building and then extrapolating that to full building scale.

“Instead of running CFD for every possible shape, we use meta-models or surrogate models. You pick up some representative points and run tests on a sample. This approach is already used in finite element modeling for structural strain.

The workshop concluded with a lively and provocative question and answer session, with a particularly pointed question for the present conditions in China as the highlight. An audience member asked if the poor air quality of developing countries negated the value of natural ventilation in tall buildings. The presenters offered a qualified “no,” but it underscored the need for more research.

“Some of our projects are already looking at issues like of outdoor air quality, like child care near highways.”

“We are getting conceptual ideas for naturally driven filtration – but the industry typically falls back to mechanical when air quality is an issue. It treats nat vent as a ticked box it has to do, or that ‘just works.’ Only when we get more quantitative information about this can we move to that level. I could see situations where we restrict flow but make it into a mixed-mode solution. If you are going to purely use mechanical ventilation, you need to consider the energy consumption of that.” 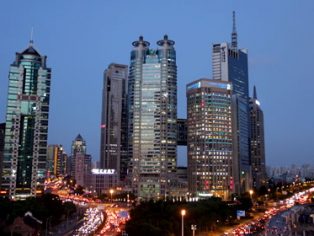