The hotel enjoys a prime location within Edinburgh’s historic old town – an area now designated a UNESCO World Heritage site – and boasts 238 bedrooms plus a restaurant, bar, conference rooms and leisure facilities. Also included in the sale was a youth hostel and retail unit plus a site to the rear with significant development potential. The hotel is currently let to Rezidor, which holds a lease until 31 October 2028, with an option to extend.

Savills and HBJGateley acted for Deka.

Manchester’s Park Inn by Radisson has been bought by The Ability Group, which has established a significant presence in the UK and European property markets, across residential, commercial and hotel sectors. The investor currently owns Premier Inn Glasgow, Doubletree by Hilton Cambridge, Hilton Dunblane Hydro, Liverpool Hilton and the Hilton, London Syon Park.

The Park Inn by Radisson, Manchester City Centre is situated in a prominent, high profile location close to the Phones4U Arena and the £800m NOMA regeneration scheme. The hotel comprises 252 bedrooms plus restaurant, bar, conference rooms and leisure facilities and is let to Rezidor on a turnover lease with circa. 20 years unexpired.

The Ability Group were not represented.

CBRE and JLL were appointed to dispose of the Radisson Blu Hotel, Edinburgh, Park Inn by Radisson, Manchester City Centre earlier this year by John Reid & Peter Allen, both of Deloitte LLP, as Joint Administrators and Joint Liquidators of the vendors. The properties were brought to market with asking prices of £59m and £20m, respectively.

Kerr Young, Director of Hotels and Hospitality for JLL, commented:

“The Radisson Blu in Edinburgh offers not only a secure income stream with great covenant strength, but also prime real estate in Scotland’s historic capital – one of the most sought after hotel markets in Europe. Since the hotel went up for sale, alongside the Park Inn by Radisson in Manchester, we have received a huge amount of interest, underlining the appetite from investors in today’s market.”

“The hotels are fantastic assets for WestInvest and The Ability Group, and we are certain that the current buoyant investment market will continue into 2015 as disappointed investors seek alternative opportunities.” 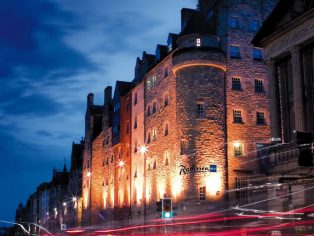