Located on platform 2b of the station, the historic grand waiting rooms – which were built between 1857 and 1868 – have long been out of use to the public.

Thanks to Network Rail and the Railway Heritage Trust, and support from London Midland, Historic England and Worcestershire County Council, the £461,000 restoration project was recently completed and one of the waiting rooms is now open to passengers while the other has been turned into much-needed space for railway staff.

They were officially opened by the Duke of Gloucester yesterday (9 September) at a special ceremony at the station.

“The waiting rooms have been carefully restored and refurbished to their former glory and are a reminder of the impressive Victorian heritage at the station. They will provide passengers with a unique and impressive place to wait for their train.”

“The Railway Heritage Trust has been delighted to support the restoration of the historically significant waiting room structure at Worcester Shrub Hill station.

“As the local train operator we see ourselves as the custodians of much cherished local assets. London Midland is delighted to have been part of this restoration project which will benefit thousands of people who use Worcester Shrub Hill station.

“We are particularly pleased that a viable use has been found for this unique, grade II* listed example of the craft of locally-based iron founders and ceramic tiling manufacturers, dating from the vibrant period which followed the Great Exhibition of 1851”.

Work to make the building structurally sound took place in 2009/10. It restarted in February 2014 to fully restore the rooms and has recently been completed. Network Rail commissioned an archaeologist to record items of architectural interest and specialist contractors were used to restore and reproduce elements identified in the archaeological report. 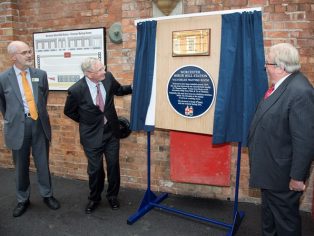 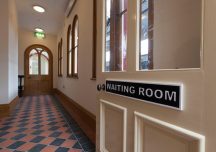