Another major step forward has been taken towards the delivery of Winchester’s Silver Hill scheme , following an agreement with London and Henley. Henderson Global Investor’s c. £12.7 billion Property Business and their development partner – Winchester City Council – have reached agreement with London and Henley to acquire for their land holdings within the Silver Hill development area, with construction planned to start later this year.

London & Henley has sold their remaining interests within the scheme to Winchester City Council. These include Kings Walk Parade, the Antiques Market and a site formerly known as the Old Post Office. Each were subject to a CPO which was granted in March last year.

Meanwhile, Henderson has completed the purchase of 158-160 & 163-165 High Street, Winchester. These interests lie on the perimeter of the Silver Hill development site and at one of the main entrances to the development providing improved linkage into the proposed scheme.

“The deal with London and Henley is a very significant milestone in the Silver Hill story, and I am delighted that we have reached a point where work on the scheme is planned to begin this year. The development has been a long time in the making and Winchester should be proud that despite the recent economic times developers have retained their faith in Winchester and are preparing to revitalise a neglected area of the city.”

“We continue to be encouraged by the strong support that we have received from the local community, ranging from the business community to the City of Winchester Trust. The deal with London and Henley represents a significant milestone for the Silver Hill project, opening the way for development to commence.”

Henderson is on target to submit revisions to the existing planning consent in the spring. The overall layout of the scheme will remain broadly the same however the opportunity has been taken to review aspects of building design and respond to comments from key stakeholders and the current market trends to ensure that the highest quality public spaces are being proposed. In particular, the new plans will see more space for shops and changes to the proposed replacement bus station.

MMX Retail are acting as retail consultants on the scheme. A pre-letting with Sainsbury’s has already been agreed on a 25 year lease for a purpose built store of c. 18.500 sq ft, and further retail demand is extremely strong.

The Silver Hill consented scheme covers approximately one quarter of Winchester and is the largest single development in the area since the Brooks Centre was built in the 1980’s. The design for the scheme, which retains original architects – Allies & Morrison, will be built to complement the character of the current architecture of the town, providing a gross external area of c. 630,000 sq ft with an approximate breakdown as follows:

The scheme is owned by Henderson’s UK Property Fund which seeks outperformance by pursing a value add strategy and bringing forward innovative asset management initiatives, of which the Silver Hill scheme is a good example. 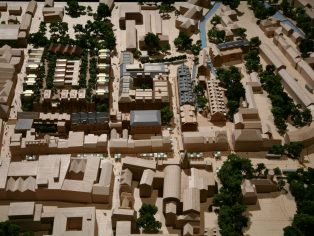