One of Mayfair’s most prestigious apartment blocks has undergone a transformative refurbishment with a major contribution from Crittall Windows.

Chesterfield House, close to Park Lane, was built in the late 1930s on the site of a Georgian mansion of the same name.

The refurbishment works called for the removal of all existing original steel windows and their timber subframes which were then replaced with new timber subframes clad externally with special aluminium extrusions to ensure the external surfaces were maintenance free.

New Crittall Homelight Plus double-glazed self-cleaning windows were then installed into the subframes.

Annika Blixt, General Manager of Chesterfield House Management who considered various alternative suppliers but concluded that Crittall’s proposals best replicated the general appearance of the building while improving the insulation value of the fenestration said,

“The original windows were Crittall and Westminster Council planners insisted that there should be a like-for-like replacement.” 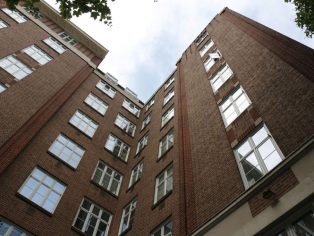