Copper Design and Architecture Showcased at the Triennale di Milano

Copper – interpreted in many different forms and applications spanning architecture, design and technology – is the theme of a new exhibition at Milan’s Triennale Design Museum. Entitled ‘Copper Crossings, Copper Shapes in Contemporary Art, Design, Technology and Architecture’, the exhibition opens on 15th September at 19:00 and will be on display until 9th November.

The exhibition takes a fresh look at copper with an interdisciplinary approach, exploring more than 250 pieces. Copper Crossings is a journey through works of art, design and architecture as well as scientific and technological applications of the red metal.

Working with a concept by Elena Tettamanti, a Milan-based curator and architect, the exhibition was co-produced by Eight Art Project, a newly-established company that develops contemporary art and design projects, in association with Istituto Italiano del Rame (the Italian Copper Institute) and with the patronage of the European Copper Institute.

Works in the Contemporary Art section will testify to the powerful attraction copper has held for artists down the years, with historical works by artists including Lucio Fontano, Joseph Beuys, Hidetoshi Nagasawa, Remo Salvadori and Marisa Merz. More recent pieces will include work by Roni Horn, Cristina Iglesias, Damián Ortega and Danh Vo.

Some of the pieces have been lent by major museums in Rome, Turin, Venice and Milan while others are provided courtesy of private collectors or the artists themselves.

In the Design section, more than a hundred items on loan from European museums and galleries will include work from Tom Dixon, Thomas Heatherwick, Oskar Zieta, Ron Arad and Luigi Caccia. Clothing by Romeo Gigli and Prada is also on display.

In Architecture, scale models of projects by architects such as Steven Holl, Herzog & de Meuron, Renzo Piano, Aldo Rossi and James Stirling will be presented.

Exploring the technical properties of copper beyond its aesthetic appeal, the Technology section looks at copper’s key role in the IT and telecommunications industry. Showcasing another property of copper – its ability to rapidly kill bacteria, viruses and fungi on contact – items designed for environments where infections can spread widely (such as hospitals, care homes, train stations, airports and schools) are on display. These include light switches, sinks, keyboards and grab rails produced by companies around the world.

After the Copper Crossings exhibition closes, the Technology section will be on permanent display in Milan’s Leonardo da Vinci National Museum of Science and Technology.

Within the exhibition, a charity event will be hosted in November, with proceeds donated to Dynamo Camp and its recreational therapy activities for children suffering from serious illnesses. Ad Artem will be organising educational activities and the Design Museum itself will provide workshops for schools within the venue. 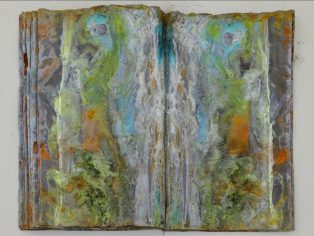 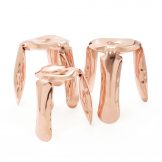