Focus Consultants and architects, Purcell have been appointed to draw up designs for a multi-million pound heritage museum and learning centre dedicated to aerospace.

The Bristol Aerospace Centre will create a permanent home for Concorde and will also feature refurbished, listed World War One aircraft hangars, which will be transformed into a first-class heritage museum, learning suites, archives and workshops.

Based at Filton Airfield, to the north of Bristol, the centre will bring together the Bristol Aero Collection with a number of other important collections of artefacts and archives which tell the stories of the aerospace industry, its people and achievements since 1910 when Bristol entrepreneur Sir George White established the British and Colonial (later, Bristol) Aeroplane Company.

Last year the project, which is being run by the Bristol Aero Collection Trust, received a first round pass for a £4.4m bid from the Heritage Lottery Fund (HLF). A number of major aerospace companies, including BAE Systems, Airbus and Rolls-Royce, have pledged support for the project, which it is estimated will cost £13.5 million.

Purcell, who completed a Conservation Management Plan for the Filton Airfield site and was already appointed to refurbish the existing aircraft hangars, has now been appointed to design a brand new hangar to house Concorde following a design competition organised by Focus.

“Bristol Aerospace Centre will tell the story of the south west region’s world-class aerospace industry, and Focus Consultants is proud to be playing a part in that.

“Concorde has been beside the runway at Filton since landing there after its last flight ten years ago, but this project will give the world’s first supersonic passenger plane a permanent indoor home.

“This is an inspiring project to work on, and follows other major museum and heritage centre schemes that the Focus team has been involved in over recent times or is currently working on, such as the multi-million pound redevelopment at the National Army Museum in Chelsea, a new entrance for HMS Belfast in London and the renovation at the award-winning Royal Albert Memorial Museum in Exeter.”

Award winning architects Purcell has studios throughout the UK and will lead this project from their Bristol design studio.

“Filton airfield has two historically important Grade II listed hangars which were built around 1918. They are currently in poor condition, but can easily be repaired and carefully converted into museum space which will show off many of the treasures from the Bristol Aerospace Collection in context and provide much needed facilities for learning and research.

“Our new hangar concept does not just contain Concorde, it frames it with full height glazed curtain walls enticing visitors inside without giving everything away. Though Concorde is a considerable size, our concept has a minimum footprint so that it does not impose on the surrounding airfield and its contemporary design will complement the existing hangars on the site.”

Focus Consultants has its headquarters at Phoenix Business Park, Nottingham, with offices in Boston and Aubourn in Lincolnshire, Holborn in London, and in Leicester.

The outline design stage for the Bristol Aerospace Centre has now begun. 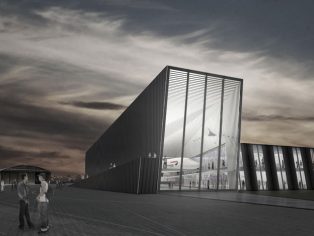 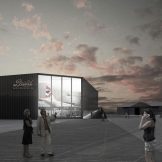 Focus Consultants are project managers for the Bristol Aerospace Centre scheme, while Purcell will oversee the refurbishment of the existing buildings and the brand new Concorde hangar. Artist’s impression.