The Network Rail-South West Trains Alliance has announced a £7m upgrade to the railway through Wimbledon, improving reliability and punctuality for hundreds of thousands of passengers each day on one of the busiest parts of Britain’s rail network.

More than 72 South West Trains per hour pass through Wimbledon at peak times and as a result, the railway around the station has a critical impact on punctuality across the network.

The project will replace a dozen sets of points – which allow trains to cross between different lines – to the west of Wimbledon station. Work will take place over weekends from Christmas through to February, with no South West Trains able to call at, or run through, Wimbledon on those weekends and an amended timetable in place at many stations. Thameslink services will continue to run to Wimbledon from London via Tooting during the affected weekends, however there will be no services from Wimbledon to Sutton via St Helier.

“This vital project will significantly improve one of the most important sections of railway on our route, which will boost reliability and punctuality for passengers travelling through Wimbledon and from many other stations and locations.”

“We have scheduled the work in order to minimise disruption to passengers as much as possible but if you, friends or family are travelling during these times, I strongly suggest checking travel details first.”

“This work will have a significant impact on our services and we apologise for the inconvenience caused but they are a vital part of improving our network and our service to passengers.”

The project, being carried out by Network Rail and its contractors Colas Rail, will also involve preparatory work on some midweek nights between 23rd November and mid December which will affect a small number of late night services.

For more information and to plan your journey during these times, please visit: http://www.southwesttrains.co.uk/wimbledonengineering.aspx.

Improvement work at London Bridge over Christmas and throughout 2015 may also affect passenger’s journeys. Find out more on ThameslinkProgramme.co.uk. 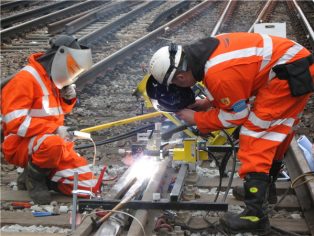