More than 600 leaders and innovators from across the construction sector gathered at the ICC, Birmingham, on 11th July for this year’s Celebrating Construction West Midlands Awards. For the eighth year, this prestigious annual award ceremony rewarded the West Midlands’ most inspiring construction projects and people.

“I am extremely proud to have been chair of the West Midlands Judging Panel of the Celebrating Construction Awards. The standards of entries were outstanding and it was a hard task deciding the winners. The depth of expertise and talent across all sectors was impressive, and the exceptional number of entries clearly demonstrates the upturn in the industry – placing the Celebrating Construction Awards as a high point in the construction calendar.”

The big winner of the night, BAM Construction, picked up the award for their innovative Barclaycard Arena project – winning the prestigious Project of the Year Award. The aspiration for the remodelling of the Barclaycard Arena was to reposition it as a global venue through dramatic architecture and significantly increasing the size. The Barclaycard Arena was an extremely challenging and intricate build in regards to logistics, third party intervention, continually changing client requirements and the fundamental driver that the Arena was to remain live throughout.

With over 100 companies entering across the East and West Midlands Awards, the evening was hailed as a great success by the finalists and judges. The winners of the awards have gained a place on the shortlist for this year’s national awards that recognise the very best companies, collaborations and projects sharing best practice and inspiring others to adopt new and better ways of working that deliver outstanding results. 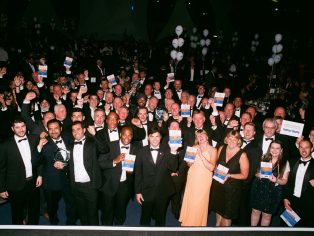 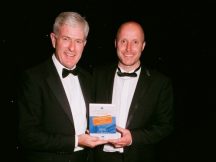