According to a paper from leading property consultant CBRE, Aberdeen’s transition from North Sea oil town to global energy city will assist in reducing the impacts of a low oil price.

The steady fall in the price of oil during the second half of 2014 has resulted in oil prices dropping 45% below the levels of June 2014. For many property markets, this is potentially a positive situation, helping to support growth in the UK economy as a contributor to low rates of inflation. However, for Aberdeen, whose success is related to the oil and gas sector, the outlook appears more challenging.

The unprecedented period of a sustained high oil price, from 2011 through to 2014, coincided with significant investment into Aberdeen. This period culminated in a record year of take-up for the city, with just over one million sq ft acquired for occupation in 2014. This included two of the largest occupational deals in the UK and pushed the energy sector’s share of take-up in 2014 to 84%. Indeed since 2009 the sector has been responsible for 67% of overall take-up in the city.

Whilst the growth in demand for office property is evident, especially so over the past decade, this has occurred during a period when North Sea oil production has been steadily declining. This would therefore suggest that Aberdeen has changed as whilst it remains dependent on the oil sector, it is not as reliant on North Sea production given the diversification of activities across wider geographies.

“Despite falling production, the high oil price has allowed the sector in Aberdeen to become more innovative, in particular with regard to the science and engineering required to explore and extract oil from harder to reach, deepwater reserves. This widening and enhancement of Aberdeen’s skills base has also allowed its oil sector to diversify beyond the immediate confines of the North Sea, to provide world class expertise for the sector, working on projects as far afield as West Africa and Central Asia.

“In spite of a decline in indigenous production, the energy industry in Aberdeen has grown, leading to a surge in demand for office space and a rapid increase in prime rents. Indeed in 2010, whilst most of the UK was slowing emerging from recession, rents were already rising in Aberdeen. As a result of this shift in the status of Aberdeen, from a North Sea oil town to a global energy city, it should be cushioned from some of the short term impacts of a low oil price.”

The initial reaction from many in the industry to the low oil price has been to find ways to cut costs and overheads. However, these cost savings should be placed into the context of many oil firms already looking at ways to reduce costs in the supply chain. This process began well before the price of oil began to fall, but has been made more of a focus as a result.

Aberdeen’s recent past success in both attracting occupiers and catering for expanding businesses has put significant strain on the office market. By the end of 2014 there was a substantial undersupply of office space in the city which has driven capital and rental values throughout the last cycle. Between 2009 and 2014, office capital values in Aberdeen rose on average by 6.1% per annum; while in contrast values for Edinburgh offices remained virtually unchanged over the same period.

Aberdeen had just over 540,000 sq ft of available office space at the end of 2014, however just 27,000 sq ft (5% of total availability) was classified as new ready to occupy Grade A space. Any slow-down in take up will allow a more balanced market to return, and already in the first few months of 2015 space has begun to return to the market. The lack of Grade A office supply in the city centre has also led to the commencement of speculative development, the majority of which is being funded by major institutional investors.

“The fall in oil prices will have implications for the Aberdeen office market. The exceptionally high levels of take-up that have characterised recent years are not likely to be repeated in the short to medium term and we expect the city’s office sector to return to a more normalised market. However, there are many reasons to remain positive about the market in Aberdeen. Current cost savings amongst occupiers follow many years of exuberance. Aberdeen’s position globally has changed, and the sector locally has benefited from the diversification that has emerged.

“Despite declining North Sea production – a trend that has been present for some years – Aberdeen has continued to perform strongly due to its world class cluster of oil exploration expertise. Looking ahead, demand is likely to be driven by companies seeking to maximise the efficiency of the real estate that they occupy as well as mergers and acquisitions potentially triggering requirements.

“For the first time in a number of years Aberdeen will see a new supply of speculatively developed city centre Grade A office space reaching completion from around the end of 2015. Interestingly these developments have, in the main, already secured long term institutional funding arrangements and are therefore not reliant on the need to refinance through sale or other means of more traditional short term construction finance.

“These developments are also interesting as they will offer occupiers, for the first time in some years, the opportunity to relocate to high quality efficient and flexible open plan floor plates within the traditional city centre. Given this combination of circumstances we can see a scenario whereby these developments may not just continue to secure top rents, but may also offer a platform from which current prime Aberdeen office rents could increase.” 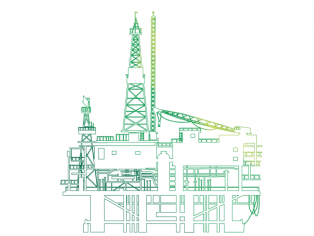