Alister Steele has been awarded an MBE for services to social housing and regeneration in Edinburgh in the Queen’s 2014 Birthday Honours List. Alister is managing director of Castle Rock Edinvar Housing Association, a subsidiary of Places for People which is one of the largest residential property development, management and regeneration companies operating across the UK.

Alister has built his reputation for innovation and effective collaborative working over thirty years in the housing industry, helping local councils meet their housing objectives by delivering many successful regeneration projects and much needed affordable housing across Scotland. Most recently he is leading on a partnership initiative by Places for People, City of Edinburgh Council and Scottish Government to deliver 1000 new affordable homes for Scotland’s capital city where average house prices have risen by 29% in the last ten years.

Commenting on his award Alister said:

“I am surprised and honoured to receive such an honour, especially as it recognises not just my contribution to social housing and regeneration but also the importance of the work of the housing industry in strengthening communities by creating places where people want to live. I have been privileged to be involved in some outstanding projects over the years which have given me the opportunity to explore imaginative funding models and to develop new and successful neighbourhoods.” 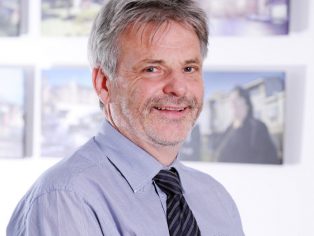