Bob Tong and Nick Greenwood have been accepted into the partnership of BuroHappold Engineering.

‘The partners are the leaders of the firm and as such all of the partners have significant influence in the future of BuroHappold. Constantly refreshing the partnership is essential and both Bob and Nick will bring their personal strengths into that leadership community.’

A civil engineer with nearly 20 years’ experience, Bob Tong has led some of BuroHappold’s most prestigious and diverse development projects.

Having secured Europe’s largest planning application, Bob has helped to deliver some of BuroHappold’s key projects associated with the London 2012 Olympic Games, including the stadium, and is passionate about the transformation of East London. He will remain heavily involved in several Olympic Legacy projects includingThe International Quarter and the development of 1,500 new homes on the Park.

Bob leads the Cities Infrastructure Group, which delivers highways, utilities, drainage and earthworks designs from regional planning to plot scale. He is also heading up the King Abdullah Economic City project in Saudi Arabia. With a site area of 200m², and an estimated construction cost of $100bn, it is arguably the largest development in the world.

With extensive experience around the world from Bath to Singapore via Saudi Arabia, Nick Greenwood has led multi-disciplinary engineering teams on some of BuroHappold’s largest (and most successful) projects. These include the Europa building for the European Commission in Brussels which is due to open in June this year, ten years after its inception. While in Saudi Arabia Nick worked on a wide variety of projects across the Kingdom from Jeddah to Dammam and Tabouk to Abha.

Motivated by complex human and technical challenges, Nick is one of BuroHappold’s most complete building engineers. He motivates his teams extremely well and as a result the projects that he has led have been transformational both technically and socially. Nick is currently leading the team for the most iconic rail interchange on the Riyadh Metro, an extremely complex project requiring a deep understanding of the challenges involved.

“Both are clear thinkers who really understand and inspire their teams. They are enthusiastic about the future direction and vision of the partnership and will be extremely influential in that space.”, 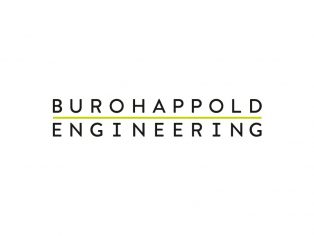