The £600 million renovation of Birmingham New Street Station has beaten global competition to make the finals in the ‘best urban regeneration project’ at the world’s biggest property trade fair.

The new-look station, which was unveiled to the public last April, is among four finalists at the MIPIM Awards 2014. Birmingham New Street station is designed by AZPA architects and developed by construction company Mace in partnership with Network Rail.

“The transformation of Birmingham New Street, alongside Grand Central, will deliver not only a transport, shopping and community hub in the heart of our city and a gateway to the wider region, but will also have a catalytic effect on further regeneration of the city centre and attracting businesses to Birmingham.

“Reaching the finals, pitched against some of the most prestigious projects in the world, is testament to our ambition as a city.”

There were some 150 entries from 39 countries in seven categories.

The winners will be announced during the prestigious MIPIM Awards Ceremony which will take place on Thursday 13 March, 2014 at the Grand Auditorium of the Palais des Festivals, Cannes.

One of the 28 finalists in the seven categories will also win a ‘People’s Choice’ award. Last year’s winner of the People’s Choice award was Akasya Acibadem Lake & Woods Parcels in Istanbul, Turkey.

To cast your vote and be in for a chance of winning two free passes to MIPIM please visit:

For more information on the MIPIM 2014 awards finalists visit: 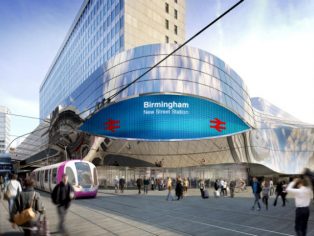