Birmingham New Street proves its worth as city welcomes the masses

Around 1.5 million people are estimated to have used the new Birmingham New Street station during its opening week.

An estimated 500,000 people used the station over the first complete weekend since it opened on 20 September, combined with an average of 170,000 passengers who use the station every day normally.

Fans from South Africa, Australia, Uruguay and Samoa all used the station on their way to two Rugby World Cup games at Villa Park. The Birmingham Weekender arts festival, sold-out shows at the NEC and Barclaycard Arena and Grand Central shopping centre’s first trading weekend made it one of the busiest weekends in the city’s history.

All this activity saw the station’s daily passenger average of 170,000 nearly double on Saturday (26 September), with volumes only slightly lower on the Sunday.

Dozens of volunteers joined the station’s team to meet the needs of passengers and help point them in the right direction as they got used to the station’s new layout.

“The need for the increase in space at Birmingham New Street was highlighted over the past seven days as the city centre handled hundreds of thousands of people and welcomed visitors from around the world.

“The impressive new concourse and the improved access to platforms were invaluable to help handle the demand placed on the station and, combined with the careful planning which went into safely handling the huge number of people, the station really proved its worth as a fitting new gateway to Birmingham.”

Network Rail had worked with Rugby World Cup organisers, train operators, Birmingham City Council and Grand Central to plan for the weekend and ensure passengers were aware that it would be extra busy and to carefully plan ahead.

“Before the weekend we warned it would be busy. And it was. But the majority of passengers heeded our advice to allow extra time and expect queues. I’d like to thank them and our way-finding volunteers for helping to make the opening week and weekend a success for Birmingham.” 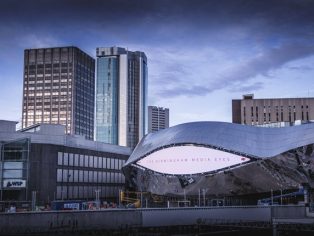