“BAM has been selected as the main contractor for the first phase of the Sheffield Retail Quarter, which includes a new city centre location for HSBC and associated retail and business units, and is currently appointed under a pre-construction services agreement. Work on site has started on the first phase of the SRQ, which includes 160,000 sq ft of office space and around 57,500 sq feet of retail space. HSBC has signed as the anchor tenant on a 15-year lease which commits a vitally important employer to the city centre. Main construction activity is due to start shortly with completion of the building and new public realm is due in the first half of 2019.”

“This is Sheffield’s most significant construction scheme, and our track record in the City is already second to none, so BAM is thrilled to be working on something that affects the lives of so many people here. It’s a demanding and complex scheme, requiring a well-developed suite of skills and expertise, and a modern approach to technology and collaboration. That is our reputation in a nutshell. We’re already on site and are excited by the challenge of making it happen.”

The Sheffield Retail Quarter has an extensive masterplan beyond this first phase. 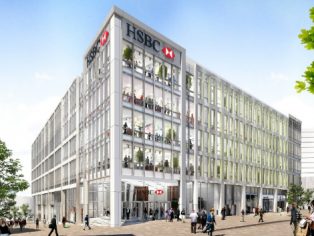