The batch of schools, collectively valued at around £38 million, includes two secondary schools and two primary schools and together will provide learning spaces for 3230 pupils.

The schools are funded via the Education Funding Agency (EFA) and are Withernsea High School, Wolfreton School and Sixth Form College, Neasden and Foredyke Primary Schools.

BAM has been appointed as panel member for Withernsea High School, which is the sample school for the batch, and this is now subject to obtaining planning permission before a potential start on site by December. The school is around 60 per cent new build and 40 per cent refurbishment.

Located close to the coast and in a community that needs additional communal facilities, the school has also attracted enhanced funding from the Local Authority in particular for its sports facilities.

The other three schools are subject to final agreement being reached through the ITT process (invitation to tender). If this is successfully achieved they would start on site early in 2015.

All the schools are being built on their existing locations, and include an element of demolition to replace the current buildings.

BAM has held very positive meetings with around 50 local residents at a recent community event in Withernsea to support the planning application.

“We’re delighted to be selected for the schools. This reflects well on how BAM has been striving to create inspirational learning environments despite significantly tighter budgets.

“Our work at Boulevard Academy in Hull, Maltby Academy and Kings Science Academy has involved a lot of research and development into creating modern learning spaces and lean management.

“It is very satisfying that this quality is being recognised and allowing us to maintain a presence in Hull and the East Ridings where we’ve been delivering some very special buildings.”

Bond Bryan are the lead architects for all of the schools except Wolfreton which will be designed by Ryder Architecture’s Newcastle Office. BAM Design and Silcock Leedham are the structural and environmental consultants, respectively.

BAM is behind the construction of several recent structures in Hull. The Clough Road police headquarters for Humberside Police, the remodelling of Hull University’s Brynmor Jones library, and Boulevard Academy in the city which has earned much praise. 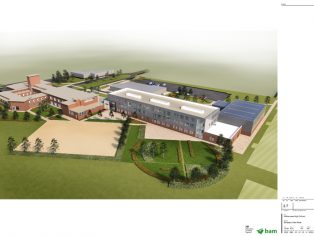 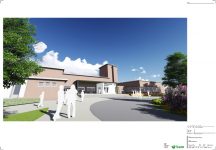