A mix of metal and mineral systems from Armstrong Ceilings has helped to transform a tired office block opposite Victoria station in London into a stunning mixed-use building.

First-time Armstrong specifiers MAX architects specified them to differentiate from the more traditional Category A fit-outs elsewhere in the Victoria regeneration area, as well as for their high quality and flexibility.

The redevelopment of 25 Wilton Road for client Royal London Asset Management has raised the bar by delivering a refurbishment project that performs both commercially and functionally in the same way as a prime commercial new-build.

At the same time as retaining the post-tensioned concrete frame of the structure, the project incorporates three new lightweight steel floors of 14 high-quality rental apartments (4,000m²) into a building previously used exclusively for commercial purposes, leading to social and environmental benefits for the area.

What was then Parnell House was completed in 1995 but while structurally sound it was underperforming at £35/ft2 and with leases coming up, MAX were asked to take a look at the building. Once fully let it will have increased in capital value threefold or by 271 per cent once the £38 million project costs have been taken into account.

While the existing concrete structure has been retained, bold new articulated facades transform the building’s relationship with its strategic location. It appears to subtly transform as one moves around it, revealing a depth of facade through striking cobalt-blue folds.

The ‘fanned’ bays, along with the infill of the six floors of existing atria, considerably increase the lettable area and the light levels within a new set of highly-flexible and efficient office floor plates. Ground-level retail, café and lobby spaces enliven the streetscape.

“The scheme set out to provide prime grade flexible office space designed to appeal to a wide range of user profiles. The idea was to differentiate the space from the more traditional Category A fit-outs being delivered elsewhere within the wider Victoria regeneration area. The high quality and flexibility of the Armstrong metal D-Clip island ceiling allowed us to accomplish this.

“The office floorplates employ an innovative hybrid system, running conventional services around a perimeter racetrack of perforated aluminium suspended ceiling tiles. At the same time, the approach carefully reveals a select palette of visible services in areas of exposed ceiling, where the original post-tensioned slabs are exposed and used to provide 3.3m floor-to-ceiling heights.”

The Armstrong ceilings were installed for main contractor Kier, who replaced all of the M&E systems in the building, by specialist sub-contractor Roskel Contracts who had a team of up to 20 operatives on site for 11 months. The Ultima+ board tiles are Cradle to Cradle™ certified and perform to Sound Absorption Class A with 87 per cent light reflectance.

The Armstrong galvanised metal D-Clip system, which features sound absorption levels of up to 0.45αw through an acoustic fleece inlay, was a new one to them.

“The original design intent from the architect was to create multiple metal rafts which would span across the whole ceiling within the office spaces to help cover up the exposed soffit and any M&E services.

“Numerous discussions and design proposals had been put forward with the ceiling options swaying towards either F-H 600 panels, D-H 700 hook-on metal rafts or D-Clip clip-in metal rafts. Due to the number of services behind the rafts, which required regular access, it was decided that the D-Clip system would be best suited for this application. This was due to the fact that the panels can swing down on the grid without having to fully remove the panels and bring them down to the ground.

“Another advantage to this system is that the grid is almost completely hidden behind the ceiling panels. The only visible grid would be the threaded rods to the soffit”

“It was easy to construct once you understood the system. The tiles were very durable considering the amount of times they were removed for the M&E works. 95 per cent of them had to be removed immediately after fixing and reinstalled some months later, then approximately 25 per cent were taken out again and reinstalled.”

“The design team was initially tasked with creating initiatives to add value to the building through improvements to the landlord areas. Accordingly, the project started out as a circa £5 million light-touch refurbishment. However, we soon recognised the potential for increasing the volume and height of the building and adding a new residential use.

“The value created by introducing three floors of rental apartments on top of the existing structure fundamentally changed the development appraisal and enabled a comprehensive cut-and-carve of the existing office and commercial areas. The brief therefore evolved to include the creation of a prime office development and high-end apartments, as well as mixed-use space at street level, all to be delivered in a highly sustainable way. Leveraging a shift in attitudes to holding residential assets for the longer term, we created a horizontally-layered mixed-use building with residential above office and retail.”

“Our vision and collaborative approach with our architect, consultants and contractors has enabled us to deliver considerable added value and excellent returns on investment for our customers from a tired office building on a tight central London site. 25 Wilton Road adds another strong asset to RLAM’s growing property portfolio.

“By re-using the existing structure, adding a new mix of uses and taking a creative architectural approach we have created a unique product in a thriving area of London, giving the building a new lease of life. At the same time, we have demonstrated our skill at maximising the value of our assets by being creative, ambitious and bringing together the right team.”

The site of 25 Wilton Road was highly constrained, being sandwiched between two “red routes” (major central London roads on which stopping is normally prohibited) as well as two listed buildings. It is also surrounded by six Conservation Areas, had the Apollo Theatre as a neighbour and an operational pub on the ground floor, meaning the windows of time available for construction were highly restricted.

More information is accessible via the Armstrong Ceilings website www.armstrongceilings.com/commercial/en-gb 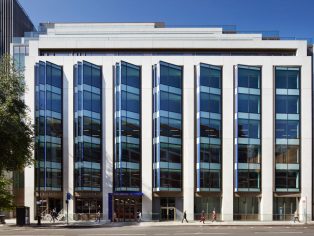 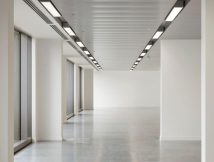 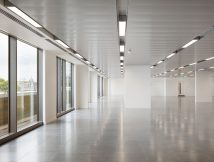 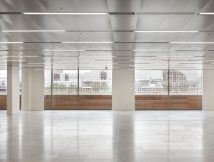