Armstrong and Nevill Long team up to celebrate 55 years

The ceiling systems manufacturer and distributor marks its 55th anniversary.

Over half a century ago Nevill Long took delivery of its first shipment from America of mineral tiles from the Armstrong Cork Company (now Armstrong Ceiling Solutions). They were transported on barges from docks on the Thames to the interior systems specialist’s warehouse in Southall.

The anniversary has sparked a trip down memory lane for the ‘distributor of choice’, Armstrong’s very first distributor, and its counterparts within the leading ceiling systems manufacturer.

Nevill Long managing director Dave Bonner particularly remembers Armstrong’s launch of the MicroLook concept to the UK in 1984. He said:

“Everyone thought the tiles would fall out. It was visually stunning at the time and transformed the appearance of a lay-in grid ceiling. It has also stood the test of time.”

He also remembers one project in particular that involved both companies.

“Memorable to me for personal reasons was the De Vere Hotel in Daventry. This was one of the first projects to use the then new Armstrong Galaxy tile, supplied by us. It won me a trip to the States!”

“Over this period, Nevill Long has been under four different owners and all have presented challenges and opportunities. Throughout these changes (and Armstrong had some as well) the partnership has remained strong and demonstrated mutual respect. Both companies have also been able to adapt to change.

“From a personal perspective, long-term partnerships are key to success and have to be sustainable. There should always be an opportunity to discuss and resolve an issue. If we are not able to do this, the partnership is worthless.”

And the future for the ceilings industry? He said:

“Design fashions change but there will always be a requirement for parts of the building element to provide acoustic, thermal and performance criteria. My view is that ceilings are best placed to meet the performance criteria that is required. I still think that in the future there should be more scope for ceilings to offer more solutions in this digital age.”

“Respect, integrity and doing things the right way are our values too. A strong similarity is how we treat our respective employees. I can think of several instances where Nevill Long has acted in a way I would expect our company to – fairly, and with compassion when necessary.”

“Business in general has of course changed over all those years. Our partnership has been tested for sure in recent times but the foundation of our partnership has remained strong. I would say getting through the last economic recession was, in part, due to this long-standing partnership.

“It is a perfect time to be celebrating the past because the future for our partnership looks stronger today than it has done for several years, in my opinion.”

The 1960s were memorable for both companies. The panel side of the Nevill Long business, originally one of the largest softwood importers in the UK, had been purchased, on the retirement of the Nevill Long family, by the manager of the fibre boards division, Hedley J Meek. By 1962 he had divested some of the smaller subsidiaries to concentrate on Nevill Long & Co (Boards) in Southall and imported his first ceiling tile from Armstrong in America. Just four years later Armstrong opened its first manufacturing unit in Europe, in the UK.

In the early part of the millennium Nevill Long was sold to Wolseley Plc in 2006 who integrated it as a division of Encon Insulation Ltd which had been acquired by Wolseley a year earlier. Armstrong Metal Ceilings, a leading metal ceiling manufacturer in Europe, had already been acquired by Armstrong in 2000, enhancing the manufacturer’s offering to include custom solutions in metal, and then in 2003 Armstrong pioneered its recycling programme in the UK.

Most recently, Nevill Long returned to its independent roots following a management buy-out of the Encon Group led by CEO Stuart Moore in 2011.

To mark their long-standing relationship Nevill Long is inviting ceiling contractors to a 55th anniversary celebration on a boat on the Thames, not far from North Hyde Wharf (then Nevill Long’s Southall branch) where those first ceiling tiles were offloaded.

The afternoon event on July 19th is destined to evoke a multitude of memories from staff from both companies. 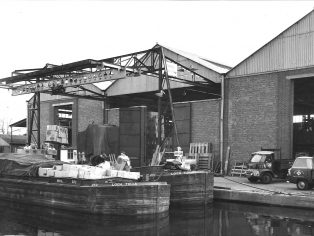 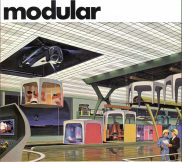