Following Carillion’s announcement of its insolvency in January, the fate of payments to architects and the rest of its supply chain remains in doubt.

On the 15th January 2018, winding up orders were made against Carillion and its associated companies, forcing them into liquidation.

PwC (Price Waterhouse Cooper Plc), the acting liquidator and special manager to the Government’s Official Receiver, has issued information to for suppliers on the next course of action. Architects working on Carillion projects have been asked to “continue as normal,” however PwC said that those who are owed money for services provided before the liquidation are “very unlikely to be be paid in full”.

Offering some security to architects however, PwC said: “Until advised otherwise, will be paid for goods and services supplied during and for the benefit of the liquidation in the normal course of trading.”

At this point it is unclear how many architects will be affected by the estimated multi-billion-pound collapse. Recent projects undertaken by the construction firm, such as the redevelopment of Battersea Power Station (Rafael Viñoly Architects) and the Anfield Stadium expansion (KSS Group), have been carried through to completion.

On the other hand, the BBC has reported that workers had been dismissed from ongoing projects such as the £350m Midland Metropolitan Hospital in Smethwick.

Noble Francis, economics director at the Construction Products Association (CPA), following a meeting with the Secretary of State and the Minister for Small Business, commented that the full impacts of Carillion’s liquidation were unknown.

“The key impact will be on around 20,000 sub-contractor firms. The last significant bankruptcy in construction was ROK in 2010, which has a revenue of £715m compared with Carillion’s £5.2bn, so this is very much a different scale.”

He continued: “Government will be covering Carillion’s costs on public sector service contracts hereon to ensure that public services on schools, hospitals and defence continues.”

However, that still leaves public construction work and private sector construction uncovered. Work on joint ventures will be assigned to the other firms on the joint venture and other contracts will need to be reassigned by PWC.

In response to the collapse, RIBA executive director Adrian Dobson called for a rethink of “how we procure and manage public sector contracts.”

In a statement released by the RIBA, Dobson remarked that: “The RIBA has voiced concerns about current procurement processes, including pre-qualification questionnaires (PQQs) and framework agreements; for although these are intended to support fair bidding, they actually restrict competition and create barriers for small businesses entering the market.

“Standard PQQs tend to bias selection in favour of larger multi-disciplinary suppliers. In architecture this might be requirements to have three built projects of a similar type, high turnover or PI requirements and multiple accreditations.”

Dobson noted that this dynamic “leads to a reliance on a small pool of large companies such as Carillion, narrowing the talent pool and concentrating risk in too few hands.

“Smaller business, including architects, are often restricted to being tier 2 and 3 sub-contractors who are then particularly vulnerable to overhead financial collapses of this kind, where the cashflow crisis gets passed down the supply chain.” 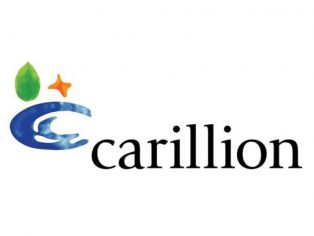