A 400-foot tower will be the centrepiece of a project which be built at a “symbolically charged site that once marked the dividing lines in the Lebanese civil war”. The development will also include a public garden and landscaped promenade to accommodate site-specific installations and artworks, as well as an amphitheater for performing arts.

The Museum is situated on a plot of land owned by Saint Joseph University and the selected design reflects a careful consideration of connections to the campus and to the larger urban surroundings.

“I am delighted and honoured to realise my first major project in the city of Beirut where I was born, on such an exceptional site.

“This museum program, in connection with the university, will allow us to create a new cultural and social space with a garden and amphitheater, and will single out this artistic territory with a strong and recognisable urban beacon, which through its multiple expressions, will belong to the new urban landscape of the city.” 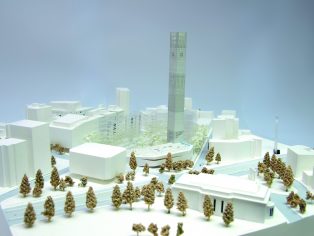 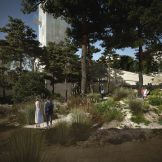