The Board of Directors has appointed Anders Danielsson new President and CEO of Skanska. He will succeed Johan Karlström who previously announced he will step down.

Anders Danielsson has worked at Skanska since 1991. He is currently serving as Executive Vice President with responsibility for Skanska Skanska’s construction units in the U.S. and Infrastructure Development.

Before Anders joined Skanska’s Senior Executive Team in 2013 he was President of Skanska Norway where he led two successful turnarounds of construction operations and residential development operations. Prior to that, he served as President for four years at Skanska Sweden.

Hans Biörck, Chairman of the Board of Directors for Skanska says,

“I am very happy that Anders Danielsson has agreed to take on the position as new CEO. He has a solid track record of almost 30 years at Skanska. Anders has worked in multiple countries and has successfully managed the business in both construction and development. He is very result-oriented and has a strong focus on profitability. He is also an appreciated value driven leader with a strong ethical compass.”

“Skanska is a fantastic company with great people and great projects. I really look forward to taking on the role of leading the Group and being part of developing a profitable Skanska that builds for a better society.” 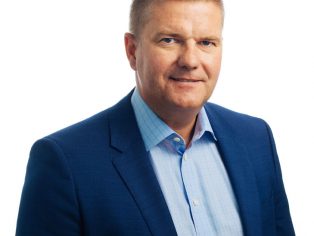