A lesson in modern history

As more and more heritage and conservation projects begin to accept PVC-U as a viable alternative to traditional timber, The VEKA UK Group’s Head of Technical Mark Barsby looks at the products that have brought about this significant change in attitude.

For many years, PVC-U barely got a look in when it came to heritage projects and – to an extent – this could largely be forgiven: first generation PVC-U windows didn’t quite look the part compared to traditional timber, despite their obvious energy efficiency benefits.

Specifiers were (rightly) unwilling to compromise the historic style of their project.

The PVC-U industry acted quickly and products evolved and developed at an astounding rate. Technically-advanced systems were designed with sculptured and chamfered finishes, and woodgrain foils were developed that were virtually indistinguishable from the real thing.

Luckily, it seems in recent years that decision makers within this sector are beginning to accept the many advantages of this valuable, non-rotting, energy-efficient frame material.

The VEKA UK Group, in particular, has seen a substantial surge in sales for heritage-style systems.

We now have a range of popular window systems available that would be at home in any home, however old.

VEKA invested a great deal of time and effort in ensuring that its Vertical Slider offered the ultimate in both style and performance and, for this reason, it has become one of the most highly specified in the industry.

It met a growing demand in heritage applications for a window that was sympathetic to the setting, whilst offering all the benefits of modern engineering. Since its launch, it has grown in popularity and undergone several upgrades – the most significant of which means the window is capable of easily achieving an ‘A’ rating for energy-efficiency. It has also been made to look even more authentic with options such as run-through sash horns.

The VEKA VS has been chosen for many conservation projects where PVC-U would only be allowed if it reflected the style of the timber windows being replaced. Gardinia recently fitted the system in a traditional cottage in the national park conservation area of St Davids and Director David Morris tells me they’ve received several more orders in the area as a result of its good looks, high performance and authentic style.

A true testament to the ‘authenticity’ of this window is how often we hear that the VS has been specifically chosen after being seen in other projects and mistaken for timber.

Utilising our knowledge of the heritage sector, The VEKA UK Group recently unveiled another new product to suit the specific needs of this market.

The FlushSash from Halo was designed with heritage in mind and mirrors the style of traditional, Georgian windows – sitting flush within its frame.

Whilst it was designed to fill a gap in the heritage and conservation market, somewhat surprisingly the FlushSash has also been widely specified within the commercial market as an alternative to aluminium.

It seems that planning bodies are increasingly coming to accept PVC-U in heritage locations and we hope that this continues in the years to come, as systems become even more sophisticated.

I rest my casement. 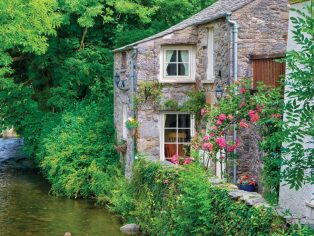 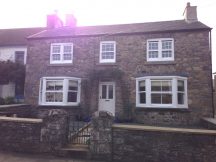